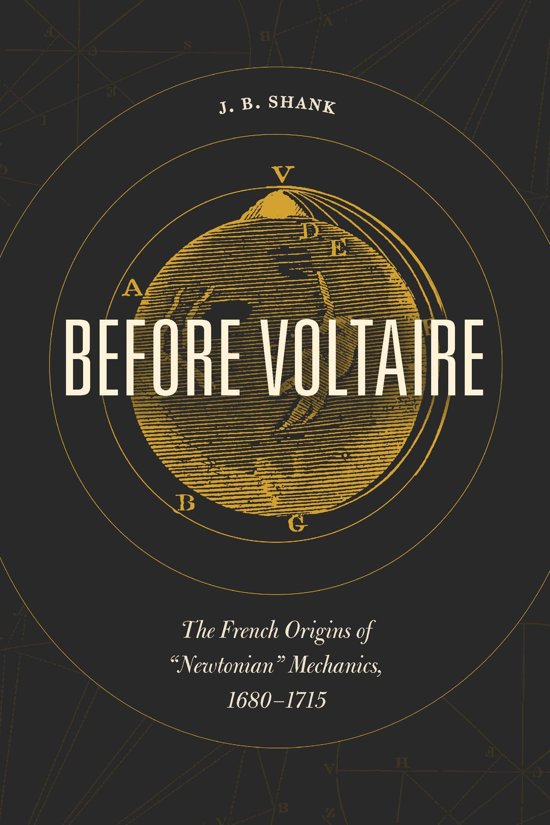 We have grown accustomed to the idea that scientific theories are embedded in their place and time. But in the case of the development of mathematical physics in eighteenth-century France, the relationship was extremely close. In Before Voltaire, J.B. Shank shows that although the publication of Isaac Newton's Principia in 1687 exerted strong influence, the development of calculus-based physics is better understood as an outcome that grew from French culture in general.


Before Voltaire explores how Newton's ideas made their way not just through the realm of French science, but into the larger world of society and culture of which Principia was an intertwined part. Shank also details a history of the beginnings of calculus-based mathematical physics that integrates it into the larger intellectual currents in France at the time, including the Battle of the Ancients and the Moderns, the emergence of wider audiences for science, and the role of the newly reorganized Royal Academy of Sciences. The resulting book offers an unprecedented cultural history of one the most important and influential elements of Enlightenment science.

In Before Voltaire, Shank offers a complete reinterpretation of the early history of analytical mechanics. The book displays an impressive mastery of a wide range of sources that are rarely brought together in a single work. These include not only technical accounts of mathematical and scientific work but also broad histories of science and institutional and cultural histories of the era of Louis XIV. The emergence of the insular and mathematically complex field of analytical mechanics becomes in his telling an inseparable part of the intellectual and cultural life of France at the turn of the 18th century. Before Voltaire recasts the debate over the origins of analytical mechanics, and thereby of modern science itself, and is one of the most significant works on the scientific revolution to appear in recent years. --Amir Alexander, University of California, Los Angeles Shank has drawn a detailed fresco of French early-eighteenth-century analytical mechanics that is imposing both because of the richness of new archival findings and because of the innovative methodology pursued. Before Voltaire is a much needed invitation to establish an informed conversation between technical 'internal' history of mathematics and the history of culture. --Niccol Guicciardini, University of Bergamo
Toon meer Toon minder