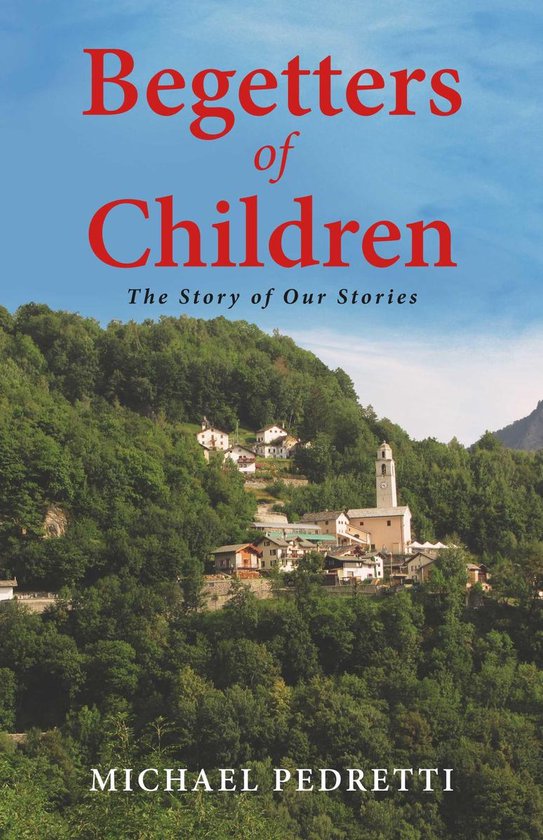 Begetters of Children reveals the life of a gentle, kind and peace-loving family from the time they settled on a barren mountainside in order to avoid war, pestilence and thieves around 840 CE until 100 years after they immigrated to the USA. The book is an historical fiction account of how the family developed a village on a mountain side, farmed unfarmable land, avoided plagues, wars, thieves and other human disasters, had many children, immigrated to Genoa, Wisconsin, where they developed the new land and populated half of America. (I joke only a little here). The effort to eke out a self-sustaining existence high up on a mountainside in Northern Italy was always challenging. Very little land could be cultivated, and they faced short summers and long winters; life came down to preparing for winter and surviving winter. To survive they had to maximize the fertility of the land and of themselves. Still, they all agreed that life, though isolated high up on what they eventually called San Bernardo, was better than living in the valley where they would be subject to the destruction of war, plagues and common thieves. Begetters of Children follows the family from generation to generation, with several side stories that demonstrate basic survival in the tough times as well as advances made in more prosperous times. For example, the reader will discover how and why the tiny population living on that remote mountainside was the first to build a church/community center in their region. The reader will also learn how the family helped to form and maintain a republic in order to preserve their independence - even as the region they lived in changed hands between the Bishop of Como, Italy and the Grison Canton in Switzerland. Most importantly, the reader will discover a family who valued kindness, generosity and peace above all. For nearly 800 years the population of San Bernardo remained stable; the begetters of children proved fertile enough to compensate for the low life-expectancy of the time. Then in the early nineteenth century, advances in food supply, public education and a better understanding of health led to a quick increase in population. Faced with insufficient land for the increase in population and renewed efforts by the Austrians to conscript their young men, plus a desire for a more bearable life, many immigrated to the USA. When some of their former neighbors sent letters about how rich the soil was in Bad Ax, Wisconsin, three brothers of our family gathered what little they owned and headed to Le Havre, where they caught a ship to New York and crossed to the east bank of the Mississippi River which was the western-most frontier at the time. The appendix includes reflections on the role of epic literature in shaping human perspective, the genealogical story of Stefano Pedretti, and facsimiles of vital records found in San Bernardo. The appendix also includes the history of the village of San Bernardo, laced with a vivid account of life on the mountainside. Begetters of Children is volume III of a twelve-part series titled The Story of Our Stories that tells the story of Marianna and Petronella, Peter, Adelaide and Stefano, Giovanni and Maria Madeline, Agnes and her children, and many more; but first and foremost it is our story, the story of you and me. Each book covers a different story. Some cover the life of a typical family member of a specific generation; others reflect many people of a generation. Another one traces the entire story from beginning to now, and one views future generations based on a legacy fostered by the behavior of our mothers. Each volume tells a critical part of the story, is an integral part of the whole and plays into the unfolding of the entire epic. Each book can be read independently of the rest.