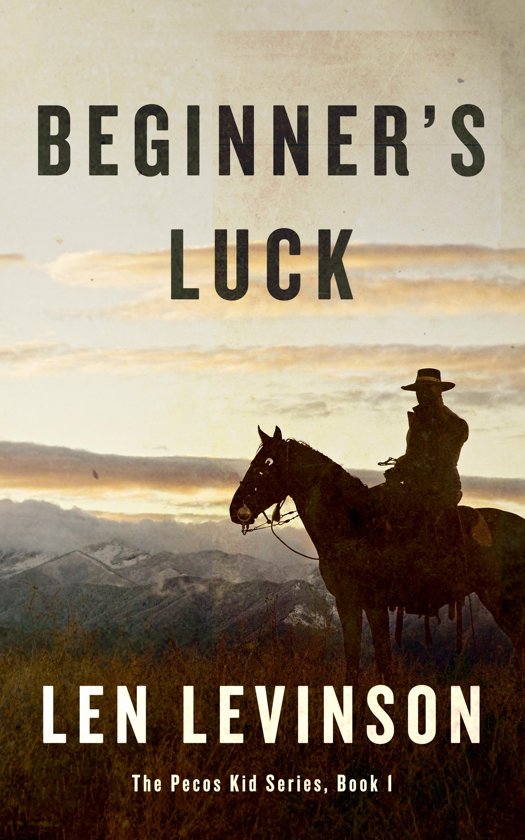 He killed before he could shoot, kissed before he could love, won before he could lose. He was too green to live, too lucky to die. He was a natural, born to be a legend. Beginner's Luck. Bastard son of an outlaw and a whore, handsome Duane Braddock, seventeen, stumbles off the stage into lawless Titusville and gets his first look at the real world just before he's robbed. Two weeks out of the monastery that raised him, Duane can't ride a horse, shoot a gun, and is defenseless against the wiles of wild west life, such as warm whiskey, wanton women, and screaming lead. But within forty-eight hours, Duane is feared by every gunman in the country as the notorious, quick-shooting, tough-riding, hard-loving Pecos Kid. Before the week is out, his victims include the town's best and worst: the richest man, the meanest gang, the fastest gun, the prettiest woman, and the greatest friend a lucky new cowboy ever had. How it all comes to pass is how real legends are born.