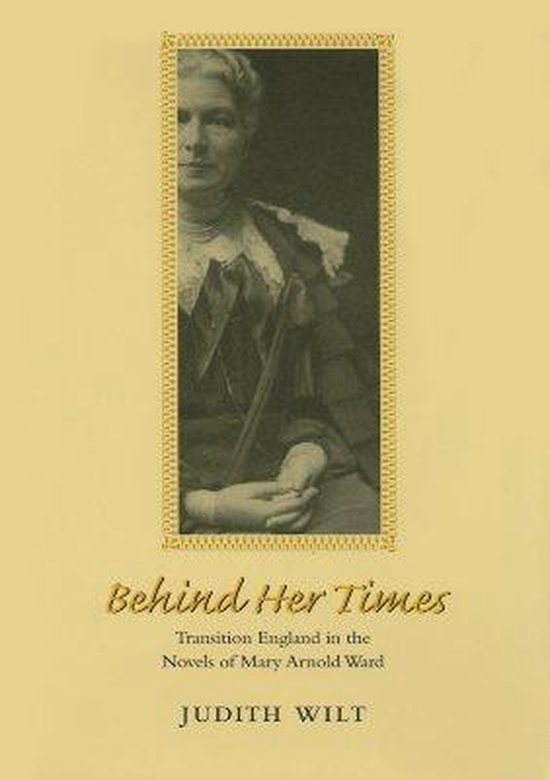 From 1890 to 1905, Mary Arnold Ward was the best-selling novelist in the English language. As the Edwardian age came to an end, however, she became a target of scorn for modernists such as Virginia Woolf, and today most of her books have fallen out of print. But in her novels we can vividly experience the long transition from Victorian to modern England and see again the high melodrama of science's challenge to Christianity, of political socialism and the social gospel, and of women's suffrage and the First World War. The niece of Matthew Arnold and wife of the art critic of the Times , Ward was a largely self-taught novelist who had to overcome obstacles in the male-dominated world of letters. She played a crucial role in the shift to the copyright-centered mass-market readership culture that would mark the new century, and though in many ways a political and cultural conservative, she approached the social issues of her day, such as urban settlement and child care, with the vigor of a progressive. Ward, for whom the term domestic referred not only to the home but to the most pressing national business, was also the first Englishwoman to report on World War I, both at home and on the front. Although an activist on behalf of women's education, she carved what was at best an ambiguous role as an early feminist and famously opposed the suffragist movement of the day. Her complex position in the society of her time is exemplified by the fact that she published her enormously popular novels under her married name, Mrs. Humphry Ward. In this vital new critical examination, Judith Wilt sees Ward as being behind her times in two senses - in her tireless defense of her evolving era's achievements and intentions, but also in her wariness of the advance of time and of the violence of change. Writing during what she recognized as a period of transition, she dramatized both a welcome of and a resistance to modernity, seeing the social developments of the day as temporary structures, subject to transition themselves. Wilt finds in Ward's antisuffrage and wartime novels, as well as in the better-known Robert Elsmere , Marcella , and Helbeck of Bannisdale , an adherence to romantic fantasy that nonetheless feels the pull of the realist alternative. Behind Her Times is the definitive study of an author who in celebrating one era helped usher in the next.
Toon meer Toon minder

Originele Titel
Behind Her Times: Transition England in the Novels of Mary Arnold Ward