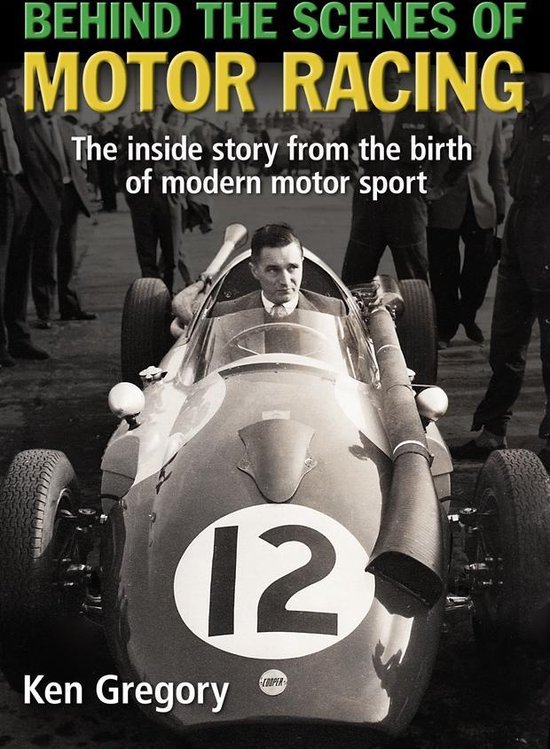 Reproduced for the first time in over 50 years, the classic tale from the birth of modern motor sport


Behind the Scenes of Motor Racing is a tale of sporting chivalry, heroism and humour — but also one of tragedy through the loss of so many of the author's friends and colleagues among the young drivers of the day.


Ken Gregory, at the time "Britain's most famous manager", not only raced himself, but also became a racing car constructor with the Kieft Company, organised the very first race meeting at Brands Hatch as well as events at Silverstone and throughout the UK, achieved a number of speed records, thrashed out business deals with Enzo Ferrari, Count Adolfo Orsi of Maserati and Neubauer of Mercedes, managed both Stirling Moss and Peter Collins and founded the first commercially sponsored Formula 1 team years before it became the norm.
The central story of the book details the fascinating bond he shared with Stirling Moss and the twists and turns they shared as he went from being friend and confidant to Manager of one of the most famous sportsmen on the planet, still regarded by many to be the greatest British driver who has ever lived.
The book also provides unique insights into many other Formula1 legends of the time from the starting grid of all the World Championship circuits.


This unparalleled experience of and access to the different aspects of this emerging sport makes for a gripping read that remains as exciting today as it was when first published – "the non-stop story of the racing circuits and the men and women who live for speed" as a contemporary review described it.


Original foreword by Stirling Moss
Over 50 photos; many reproduced for the first time
New epilogue by Ken Gregory