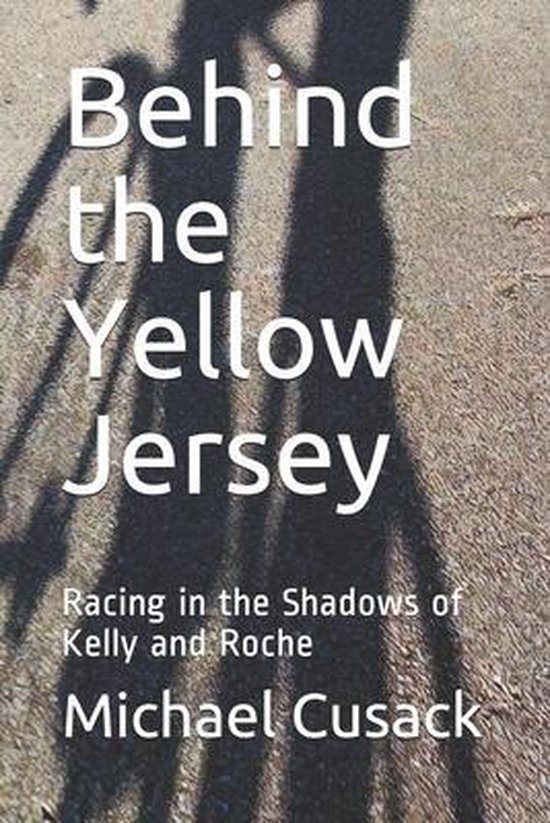 Working together perfectly, our four man breakaway rattles along the rough road that leads towards the finishing line of the 1978 Tour of Ireland. With a lead of two minutes on the main bunch, I feel a comfortable certainty about our success as I take my turn at the front and watch the ground blur beneath my wheels. One hundred metres fly past, then another, and now Peter is moving alongside to take his turn at doing the work. He looks class on the bike - upper body motionless and legs turning a big gear seemingly without any effort.

I ease off on the pedals and my thighs gain a few seconds relief from the lactic acid that has built up over the past seven days of racing across the country. By now I am used to the fact that my legs are going to signal that they have had enough punishment to last for the coming winter.

As we approach a crowd of spectators I give Peter a quick flick of my elbow.

Everything around you seems different on the bike. You listen as much as you see  a car coming up from behind, a barking dog, a shout from another rider, a whistle from a marshal. You might notice the curious looks of the locals as the blurred carnival of sound and colour disturbs the peaceful Irish countryside for a few seconds and then is gone.

Sometimes you think about the things you took for granted on all of those training rides leading up to this particular moment in time and wish that somehow you could have tried just a little bit harder back then. You remember the winter stops at coffee shops, when you could no longer feel your toes and your fingers felt as though they were plunged into freezing cold water, or the banter of your training mates that distracted you from the endless miles that were a key part of race preparation, at least until you reached a point where you could no longer even muster the energy to say anything.

Even though you were on roads that you had seen a thousand times before, somehow they always seemed just a little bit different on the bike. Maybe it was the wind direction, or the feel of the rain or sleet, or the first glimpses of spring in the hedgerows.

Now I was wearing the Irish national team jersey and the commentator had somehow mistaken me for Stephen Roche. He even suggested that Stephen was in a position to win the entire tour from John Shortt, whom he trailed by a few minutes. The commentator's excited tone was having the desired effect on the crowd as we climb the steep hill up through the finish.

''G'wan Stephen!'' yells someone as I gasp up the climb.

''Jaysus Mick, you'll be famous!'' shouts someone else.

A mile behind us, future Tour de France stars like Roche, Robert Millar and Phil Anderson are held captive by the bunch, which is being controlled by Shortt's powerful British Airways team.

I look around at my three breakaway companions  Peter Morton, my training partner since I was fifteen years of age; Oliver McQuaid, a talented member of an Irish cycling dynasty; and Bernie McCormack, one of the strongest riders in the country. All three are experienced internationals who are more than capable of winning the race. They were also good friends of mine, which complicated matters, at least in my mind.

Have a go now Mick, says Bernie quietly, as I move off the front of the group.

Bernies logic as my Irish national teammate made total sense. It was obvious that our team leader Roche was not going to be allowed to bridge over to the break at this point. If I attacked, Peter and Ollie would have to chase, then Bernie could attack them if and when they caught me. I was also fairly sure that Peter would not try too hard to chase me, and Ollie would be worried about the consequences of towing the other two up.

I made a decision I would replay in my imagination over and over again for years to come.
Toon meer Toon minder