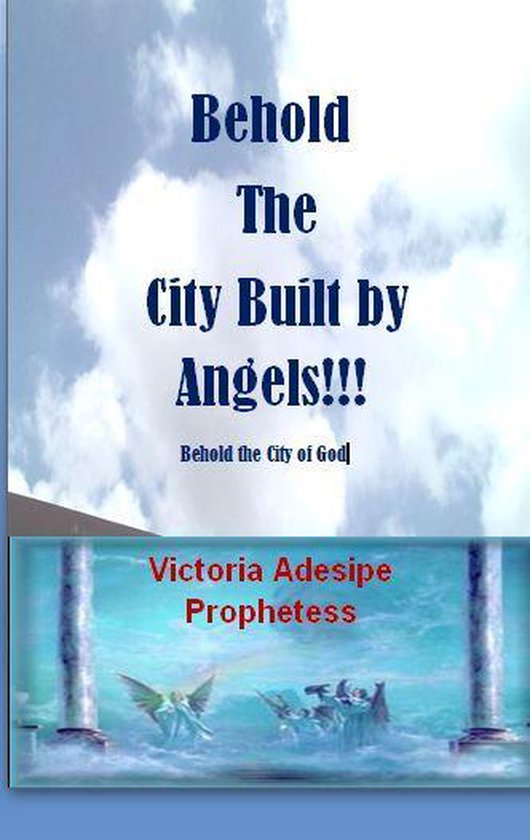 There is a city that is going to be build by God for the bride of Christ. This city will be built, or is being built or it is already finished. There has never been a city like this in all the eternity past and present. That city which shall be the eternal capital of a new Heaven and a new Earth is called THE NEW JERUSALEM. It was revealed to Apostle John. But before it will be revealed physically to the redeemed saints of God, many things will take place to the present earth, age and civilization.


A time is coming when this earth and the atmospheric heavens, the planetary systems will pass away. They will no more exist in space. The Milky Way will fold up, we do not know all the details, but the great Apostle John who was banished into exile in the Island of Patmos in the present day Turkey saw this great vision that will form some of the analysis in this book. He said in Revelation 21,1- 8 the following;


"'And I saw a new heaven and a new earth: for the first heaven and the first earth were passed away; and there was no more sea.


And I John saw the holy city, new Jerusalem, coming down from God out of heaven, prepared as a bride adorned for her husband.


And I heard a great voice out of heaven saying,


And God shall wipe away all tears from their eyes; and there shall be no more death, neither sorrow, nor crying, neither shall there be any more pain: for the former things are passed away''.


"' And he that sat upon the throne said, Behold, I make all things new. And he said unto me, Write: for these words are true and faithful.


And he said unto me, It is done. I am Alpha and Omega, the beginning and the end. I will give unto him that is athirst of the fountain of the water of life freely. He that over cometh shall inherit all things; and I will be his God, and he shall be my son.


But the fearful, and unbelieving, and the abominable, and murderers, and whoremongers, and sorcerers, and idolaters, and all liars, shall have their part in the lake which burneth with fire and brimstone: which is the second death''


Also Apostle Peter saw the followings to confirm what John saw. He said, in 2 Peters 3; 1- 14 the following;


"'This second epistle, beloved, I now write unto you; in both which I stir up your pure minds by way of remembrance:


That ye may be mindful of the words which were spoken before by the holy prophets, and of the commandment of us the apostles of the Lord and Saviour:


Knowing this first, that there shall come in the last days scoffers, walking after their own lusts, and saying, Where is the promise of his coming? For since the fathers fell asleep, all things continue as they were from the beginning of the creation.


For this they willingly are ignorant of, that by the word of God the heavens were of old, and the earth standing out of the water and in the water:


Whereby the world that then was, being overflowed with water, perished:


Verses 7 – 13 says; "' But the heavens and the earth, which are now, by the same word are kept in store, reserved unto fire against the day of judgment and perdition of ungodly men.


But, beloved, be not ignorant of this one thing, that one day is with the Lord as a thousand years, and a thousand years as one day. The Lord is not slack concerning his promise, as some men count slackness; but is longsuffering to us-ward, not willing that any should perish, but that all should come to repentance.


But the day of the Lord will come as a thief in the night; in the which the heavens shall pass away with a great noise, and the elements shall melt with fervent heat, the earth also and the works that are therein shall be burned up.


Seeing then that all these things shall be dissolved, what manner of persons ought ye to be in all holy conversation and godliness, Looking for and hasting unto the coming of the day of God, wherein the heavens being on fire shall be dissolved, and the elements shall melt with fervent heat?


Nevertheless we, according to his promise, look for new heavens and a new earth, wherein dwelled righteousness.


Wherefore, beloved, seeing that ye look for such things, be diligent that ye may be found of him in peace, without spot, and blameless.


Apostles Peter and John saw these things and wrote them down for the first century Christians and for those of us of the 21st century. We must always know that the word of God doesn't fade away. It is forever. We must also know that this earth and the heavens have a due date when everything in them will be burnt up. It will pass away with a fervent heat. Scientist claimed they know a little about this. They called it the mystery of the black hole. Whatever it is, what has a beginning has an ending. An ending has been determined for this present earth. What God expect of us who knows him is to connect with him who lives forever. When we do, because he lives forever, we also shall live with him forever. This is the final and the final essence of our living on this earth. We must live a blameless life. So know that our God is building this new gigantic city that will be the city of God. See more of it.


A new heaven and a new earth will replace this existing one.


This new planet earth will have a gigantic capital city where righteousness, holiness, order of God, beauty and excellent life will be the oxygen the citizens of this new city will breathe. Neither abominable nor profane person, nor evil of any type will enter that city. In that New City there will be no more death. There shall be no more sorrow or sadness. It shall be an everlasting city and planet of joy and gladness. Our God shall be the God of the new planet and it's Capital City that shall have the redeemed people and men and Angels living together forever and ever. What a great hope for everyone that has passed through this terrible present earth that is full of woes and woes, sorrow upon sorrow, death upon death.

Subtitel
Behold the city of God!