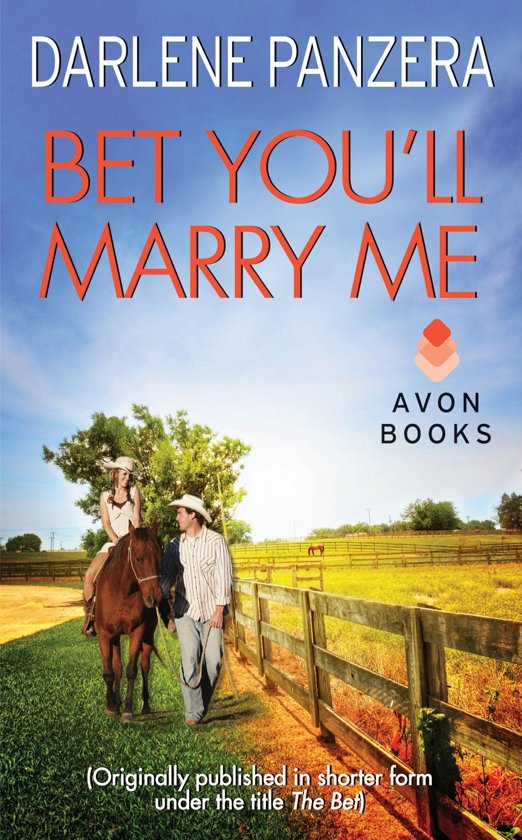 
In Darlene Panzera's debut full-length romance, an entire town places a bet on just whom pretty Jenny O'Brien will marry . . . and her choice surprises them all!


Marry her and win


When tall, handsome out-of-towner Nick Chandler first sets eyes on Jenny O'Brien, she's storming into the Bets & Burgers Café, wielding a broom and threatening the safety of every man in sight. Hey, he figures, she's got the right to be annoyed—the whole town seems to be laying bets on whom Jenny will marry.


Nick's annoyed as well. He didn't think he'd have to propose to romance the land away from her, but to save his sister and his ill-fated business, he jumps into the fray and bets $10,000 that Jenny will marry him.


Now the only thing stopping him from seizing her land . . . may be his own heart.