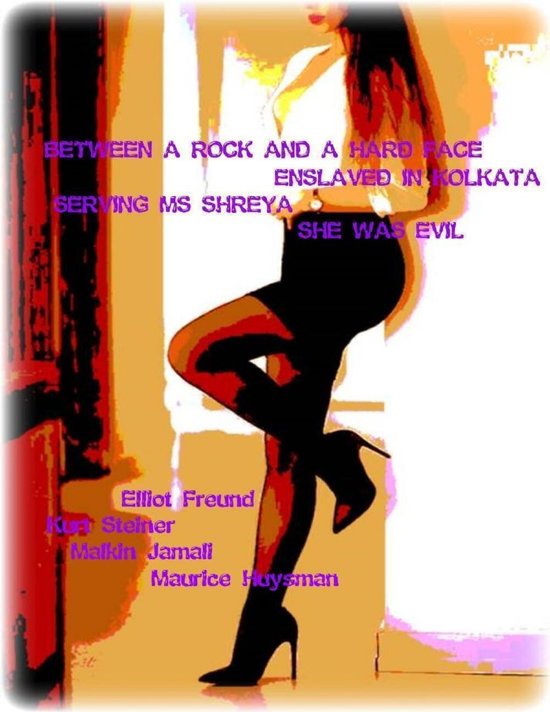 In Elliot Freund's ''Between a Rock and a Hard Face'', an in debt womaniser finds his fate in the service of of one of his ex-wife's vindictive friends and her new and warped Indian family; Kurt Steiner's ''Enslaved in Kolkata'', tells the tale of an English heir to his late-aunt's estate who is stripped of his legacy, his freedom, and his manhood by her Indian housekeepers; Malkin Jamali's ''Serving Ms Shreya'', describes a down on his luck and recently divorced Englishman who applies for lodgings with an Indian widow; only to eventually discover she has a far more... servile ...fate in mind for him; while Maurice Huysman's ''She Was Evil'' brings us a retro tale of crime and adventure featuring a diabolical Chinese criminal mastermind and a seductive daughter who will not rest unto the story's hero acknowledges himself her slave. Four books of exotic female-led fiction for connoisseurs of the dominant woman.