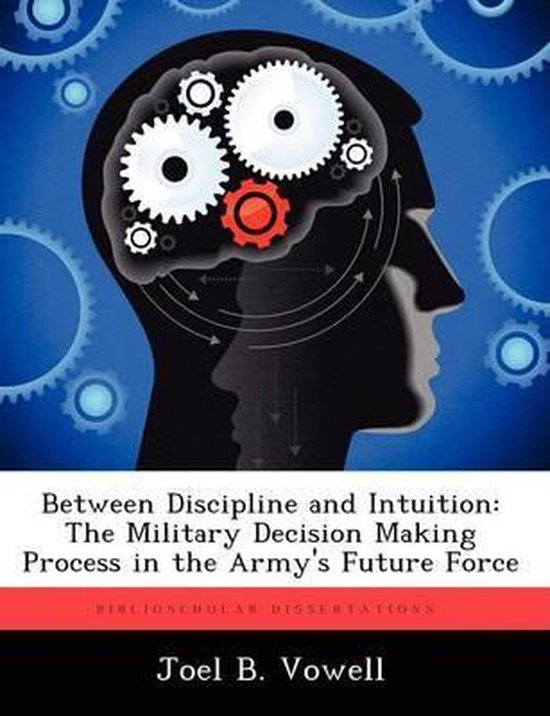 This monograph examines the need to retool the military decision making process (MDMP) as the U.S. Army transforms to the future force. Although the MDMP is the current doctrinal framework to decision making and planning at the tactical levels, it represents an analytical approach to problem solving with the concerted efforts of a commander and his staff. Contrary viewpoints and research shows that this approach to decision making is not necessarily representative of how true decisions are made. As a result, many leaders in the U.S. Army have argued a need to change the MDMP to reflect more of the experience and abilities of the commander versus detailed analysis from his staff. This monograph compares the current MDMP as an analytical process with the emerging science and theory of naturalistic decision making (NDM) as best represented by Dr. Gary Klein 's Recognition Primed Decision Making (RPD) model for intuitive decision making. This monograph compares the two processes to determine which is a better model to use given the requirements and capabilities of the future force and recommends that a formal recognition of RPD elements and a commander 's experience must be codified to present a better model for planning and decision making in the future force. A comparison of the requirements for battle command now and in the future is used to show the validity of any planning and decision making process that is codified by doctrine. Specifically, this monograph explains that any planning process must support a commander 's need to visualize, describe, and direct actions against a hostile, thinking enemy. Also, any planning and decision making process must allow for synchronization and synergy of effects as the future force must be capable of rapid, decisive operations with a multitude of assets that make up its combat power. Flexibility must be resident in the process to account for future force operations across the spectrum of conflict as well as to provide a frame
Toon meer Toon minder