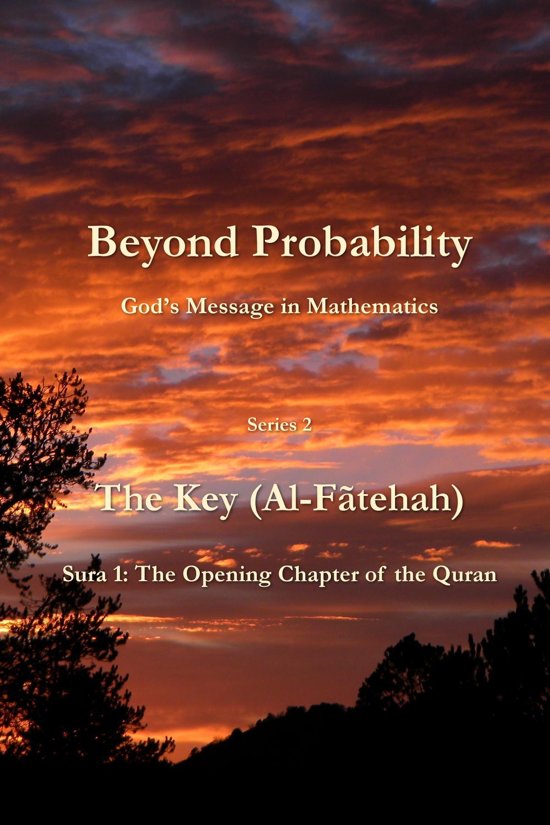 From the early 1970s there has emerged and increasingly impressive body of evidence that the Quran the Final Testament, is guarded by an embedded mathematical system or code.


First discovered by Rashad Khalifa, Ph.D., this code continues to be uncovered.


This book presents an introduction to the amazing mathematical code as found in the first chapter of the Quran, known as ''The Key'' (in the original Arabic: Al-Fãtehah).


This book is second in a series titled ''Beyond Probability''. The first book in the series, by Abdullah Arik, covers mathematical proofs related to the first statement of the Quran, known as the Basmalah in Arabic, which translates to: In the name of GOD, Most Gracious, Most Merciful.


We will show them our proofs in the horizons, and within themselves, until they realize that this is the truth.* Is your Lord not sufficient, as a witness of all things? [Quran 41:53]