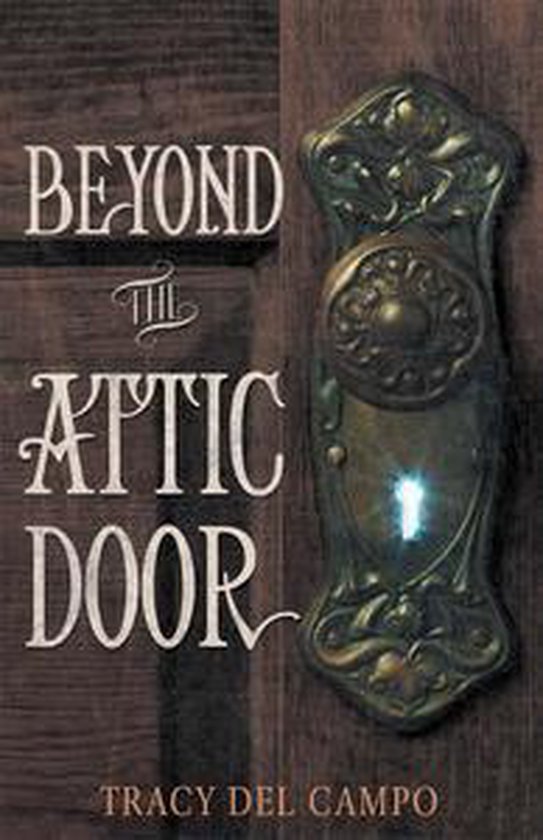 The year is 1925, and the nation is at odds as the trial of the century approaches. Mr. John Scopes, a schoolteacher, has been arrested for teaching evolution. Creationists and evolutionists are debating the existence of God and the authority of the Bible. Many believe religion may be doomed.


Meanwhile, eleven-year-old Lulu and her seven-year-old brother, Buddy, are visiting their grandmother in the Missouri countryside. On a dark and stormy night, they sneak into the attic workshop of their uncle, a brilliant scientist and inventor, and suddenly find themselves on a harrowing journey through time.


Join Lulu and Buddy on this incredible adventure filled with history, humor, and hair-raising excitement, as they discover the meaning of faith: Beyond the Attic Door.


A modern-era parable about Noahs Ark.


The 1925 Scopes Monkey Trial provides the backdrop for Del Campos short, charming fiction debut. After school ends, 11-year-old Lulu and her 7-year-old brother, Buddy, visit their grandmother in the rural outback of Missouri, where the upcoming Scopes trial has become the favorite topic of dinner-table conversation. Their parents, grandmother and scientist/inventor uncle Hugh are all ardently religious folks who believe in the primacy of the Bible, and they all think its scandalous that some people are saying that The Trial of the Century portends the end of religion. When the children ask Hugh what he thinks, he firmly tells them that evolution is not a scientific fact; its merely an assumption with no observational evidence. When hes reminded that his insistence on teaching that assertion cost him his job at a very prestigious university, he scoffs, insisting that [a]ll the evidence points directly to an intelligent creator; there is no denying it. Lulu and Buddy tell him that the kids in their class dont think the story of Noahs Ark actually happened, but Hugh insists that the story is trueand its an assertion that comes back to haunt him. Del Campo provides a series of neat plot twists that lead to the childrens discovering that Hugh has built a time machine in his attic. They use it, accidentally, to send themselves back in time to the rainy day just before the arks launch. Hugh and the kids father follow them, and they all confront the reality of the arkand the imminent danger of the flood. The author soon delivers a fast-paced climax in which they all make their escape. Back in the present, the childrens grandmother provides the books overriding message, stoutly reassuring them that [f]aith means believing with your heart and not with your eyes. Its a tidy moral, but Del Campos prose style as she delivers it is never labored or heavy-handed. The books brevity and thoughtfulness may make it an ideal supplement for Bible study classes, in which it may prompt lively discussion.


A well-turned time-travel adventure story with a biblical edge.


Beyond the Attic Door is an exciting short novel for younger readers that tells a tale which is reminiscent of traveling through the magical wardrobe to Narnia. At the same time, this story is very different from anything C.S. Lewis ever wrote, although there are similar religious tones present in both narratives. Author Tracy Del Campo's story follows eleven year old Lulu and her seven year old brother Buddy on their adventure through a mysterious attic workshop door they discover while visiting their grandmother in the Missouri countryside. The door leads them through a portal that causes them to travel through time, which in turn teaches them about the meaning of faith. Throughout the story ideas of evolution versus creation are discussed, and the reader is taught about many facets of Christian ideology. Coming in at under a hundred pages, the novel is fast paced, and readers will find themselves turning the pages rather quickly as they follow along with Lulu and Buddy through their time-bending escapade.


Written in a way so that the story is easily accessible for readers of all ages, Beyond the Attic Door contains a great deal of content even though its length is on the shorter side. With an engaging story that also includes ideas about religion and faith, Tracy Del Campo has created a narrative that is sure to make readers think. The setting in 1925 is richly described, and the change caused by the attic door which sends our main characters on a journey through time is also written in a lush manner, which will pull readers into the story, and keep them until the final page.