Beyond the Pale Exercises in Provocation 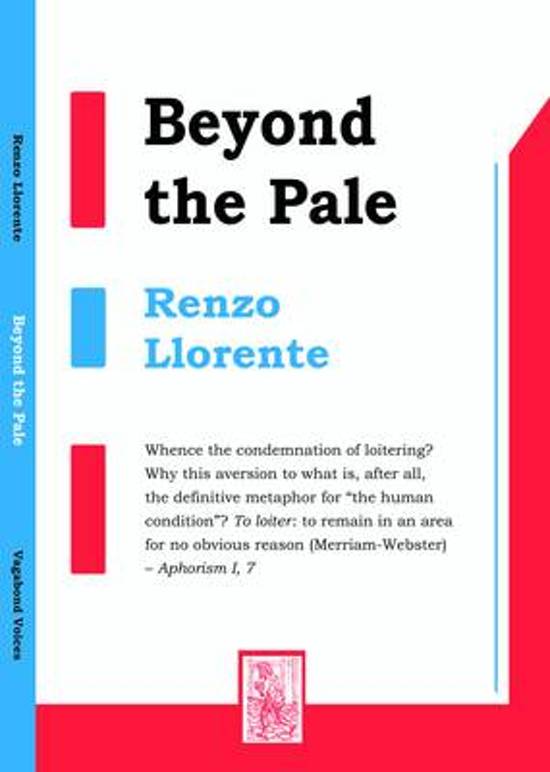 Whence the condemnation of loitering? Why this aversion to what is, after all, the definitive metaphor for 'the human condition' (loitering: to remain in an area for no obvious reason - Merriam-Webster's)? (Aphorism, I, 8) And this is a book for loitering and loiterers. You can ramble through it or simply dip in at will. It says something about our times that the aphorism has almost but not quite disappeared from contemporary English literature, and the reason must, at least in part, be our attitude to time: It may seem remarkable that those who have the least time - old people, the elderly - have the most patience, but this is no doubt the true hallmark of their wisdom. Having grasped that it makes no difference in the long run whether they do one thing or another, they are indifferent to the delays that prove such a torment for the rest of us. (Aphorism I, 29) Renzo Llorente's aphorisms challenge the accepted faith in the free market without adopting another form of blind dogmatism: We demand cheaper goods, knowing full well that lower wages are usually the key to lower prices; members of oppressed groups compete against one another for opportunities and benefits (...and by demanding cheaper goods); radical groups find themselves obliged to use violence in order to combat injustice and oppression: in capitalist society, moral entrapment is the order of the day. (Aphorism II, 26) He challenges our religious conceits in a similar manner: Theology is the pious form of sophistry. (Aphorism I, 25) Like many writers of aphorisms, Llorente does not provide absolutes but encourages reader to think for themselves: It is little wonder that people are happy to grant that so-and-so - usually a writer, thinker, political activist or the like - is the 'conscience of our time': it relieves them of the responsibility of having a conscience of their own. (Aphorism I, 5)
Toon meer Toon minder