Bill Pickett, Bulldogger The Biography of a Black Cowboy 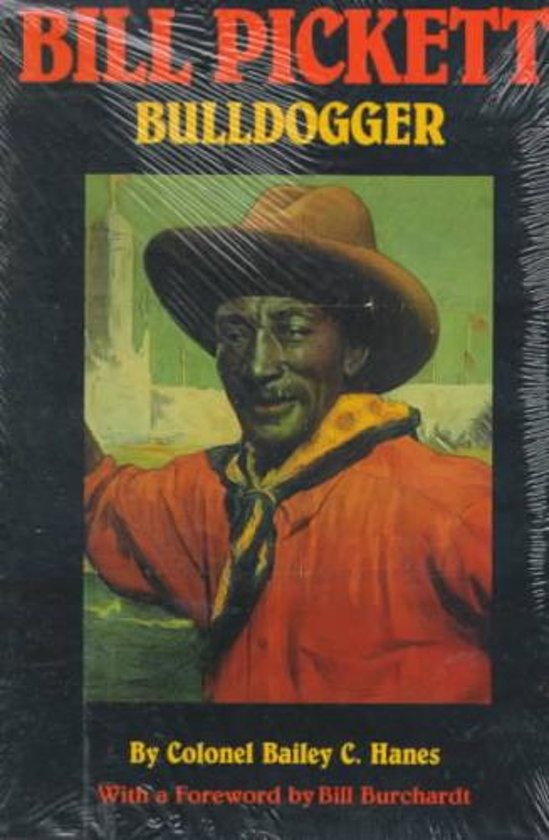 While blacks have played an important roleas explorers, scouts, Indian consorts, soldiers, cowboys, farmersin the exploration, conquest, and settlement of the American West, they have received scant attention from the chroniclers of the pageant of western development.Few of rodeo’s early heroes matched the achievements of the black cowboy Bill Pickett, and his story is recounted here for the first time in book form.Pickett grew up in Texas in the 1880’s, the child of former slaves, to become nationally famous as the star of the 101 Ranch Wild West Show.Pickett was associated with such western figures as Tom Mix, Will Rogers, Milt Hinkle, and Lucille Mulhall, and earned a reputation as an all around cowboy of legendary abilities. His greatest claim to fame is as the originator of steer wrestling, the only rodeo event to the traced to one individual. Audiences all over the United States, South America, Canada, and England were amazed to see the Dusky Demon” fell on thousand-pound steers and bring them down bite-em style with his teeth.In spite of a life of incredible physical daringafoot and unarmed he once took on an enraged fighting bull in a Mexico City arenahe lived to age sixty, to die with his boots on in a professional career had been with the 101 Ranch, and his funeral was on the ranch’s last great events. In recognition of his many achievements Pickett was elected to the Cowboy Hall of Fame in 1971, the first black cowboy to be so honored.The author brings together all that is known about Pickett, sorting out the facts and legends, and un telling the story sheds new light on early-day rodeo and 101 Ranch life.
Toon meer Toon minder