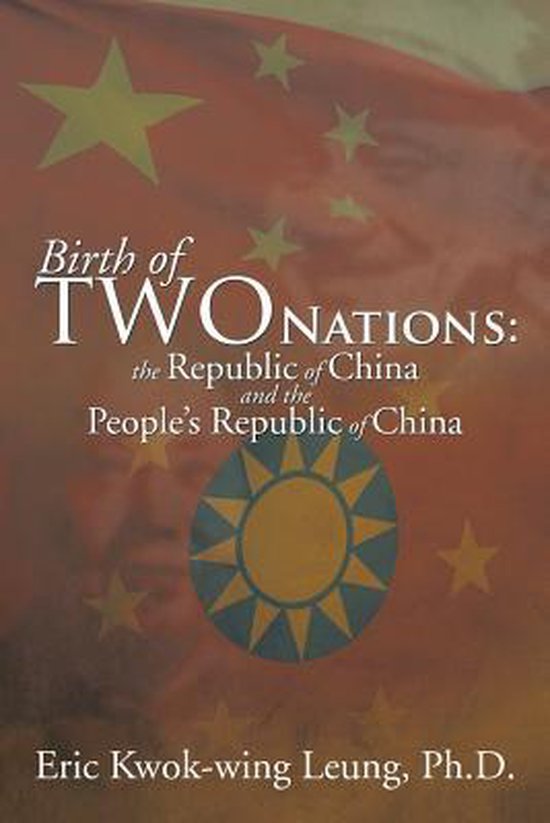 Birth of two Nations: the Republic of China and the Peoples Republic of China is a historical account how the Republic of China is formally established in 1911 after a bloody struggle that destroyed the Qing Dynasty and once and for all broke the thousands years traditional dynasty cycle. The ensuing events that led to the Peoples Republic of China as it is formally established in 1949. However, the book is more than chronological accounts. For history cannot come in a social vacuum. Factors including historical, cultural, political, and socio-economical that impact and shape the development must be taken into account to enable the readers to have a better understanding of the development. This book, therefore, explores and interprets sociologically, economically, politically, and historically from the embryonic stage to the full birth of the two nations in account of these factors and the ensuing years. The external forces and pressures, particularly from that of the Japanese aggressors, let to internal discord between the Guomindang (Nationalist Party) and the Kungchandang (Communist Party) and the civil war with great suffering by the people. The book attempts to detail the inter-relatedness of these factors with documentations and my personal and my family experience in the developmental years. My mother in particular shared with me, when I was old enough, perhaps five or old, how we survived the hardship and suffering during those years of bitter of conflict between the warlords of the Guangdong Province and Guangxi Province. Our village in the Guangning County, Guangdong Provincce situated in the border of the two provinces we took the beating first from the Guangxi warlord. I grew up during the eight years war of resistance against the Japanese aggression. Some historians considered the war to be a fourteen years war. It probably depends on which event was considered the starting point since there were so many pretexts and aggressions launched by the Japanese against China. We almost died of starvation, surviving only on sweet potatoes, weeds, and locust. My elder brothers were very bitter for they lost their chance to get an education and destined laborers for life. Personal as it may be, however, it is by no means unique. Chinese people of my cohort, 70 plus, who were in China during those years would be able to collaborate and even share familiar experience of mine and of my family. The book does not attempt to be a scientific account of the development. I tried to be as objective as I can for I am open to scrutinize by my cohort and historians. Data of the book come primarily from personal observation in the normal course of daily life and interviews, oral history from older Chinese who experienced and witnessed the development constituted a significant part of the study. Reviews and critical analysis of available data in English and Chinese related to the development. It is a crystallization of available data, particularly the oral history that should be preserved for posterity. Other sources I gratefully acknowledged. I regret and apologize for any inadvertent omission. I am specially grateful to my next door neighbor who is close to 90 years old came to the United States as a paper son worked in his fathers restaurant for a number of years. He later joined the U.S. Air Force and became a Staff Sergeant served in WWII and stationed in Kunming, China. Because his ability to speak Chinese and English, he played a significant role between the two governments China and the United States. He often commuted, in U.S. Air Force transportation between Kunming and Chongqing, the Chinese wartime capital. He recalled his experience of those years and provided me with his valuable insight of the two worlds. I am grateful to my long-time friend, Mr. Louis Lau, for his moral and sponsorship in making this research and endeavor possible. His encouragement provided me with the strength and a willingness to make sacrif