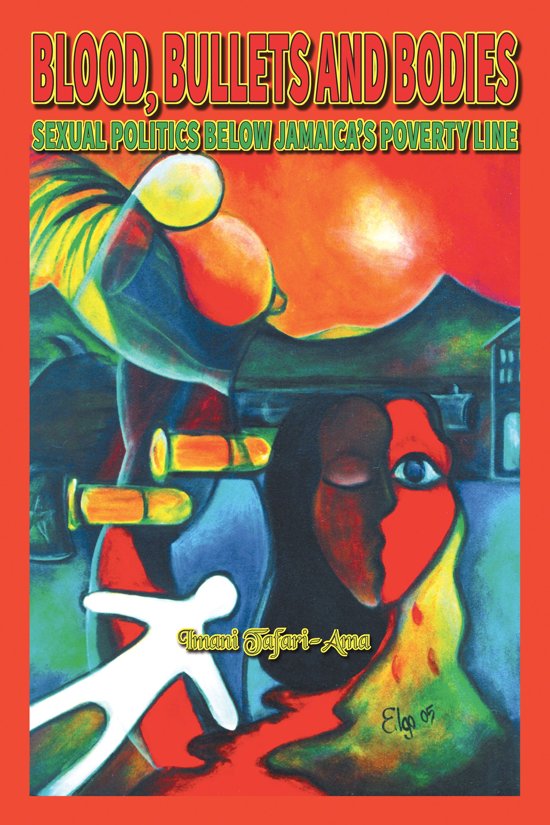 The true story of Blood, Bullets and Bodies: a critical multimedia exposé about the factors subverting the political will to act in the best interest of the poor, even when explicit just cause exists for such altruistic action to take place…

Blood, Bullets and Bodies is a strange and paradoxical story that needs to be read as much as it needs to be told. It is a riveting story of sex, violence, political intrigue and survival by any means necessary. The book is a literary mirror that provides a revealing and frightening reflection for a self-destructing society to see itself profiled in the throes of its own possible demise. Sure to stir controversy, the new book contains a compelling rendition of the historical circumstances that have made crime and violence – bullets, blood and dead bodies – the number one problem in late 20th and early 21st century Jamaica. Despite the historic One Love Peace Concert and the Peace Truce in 1978, young gunmen seem to have gone wild ever since.

Using a variety of sophisticated methodological tools including literary sources, oral interviews, ethnographic studies and the lyrics of popular Reggae songs, Imani Tafari-Ama details the influences and implications of this violent social discourse for everyday performances of femininity and masculinity in Kingston's inner-city environment as well as in the wider Jamaican society.

Tafari-Ama's stated objective in publishing her thesis as a book is to separate fact from fiction in order to find real and enduring solutions that will reduce the distressing flood of blood, bullets and bodies that is overflowing the streets of Kingston. She hopes that by highlighting some of the facts and exposing much of the fiction about life below the poverty line, her provocative book will be a catalyst in motivating the political and community willpower necessary to find and implement the real-time solutions that she proposes in her suggested Options for Development.