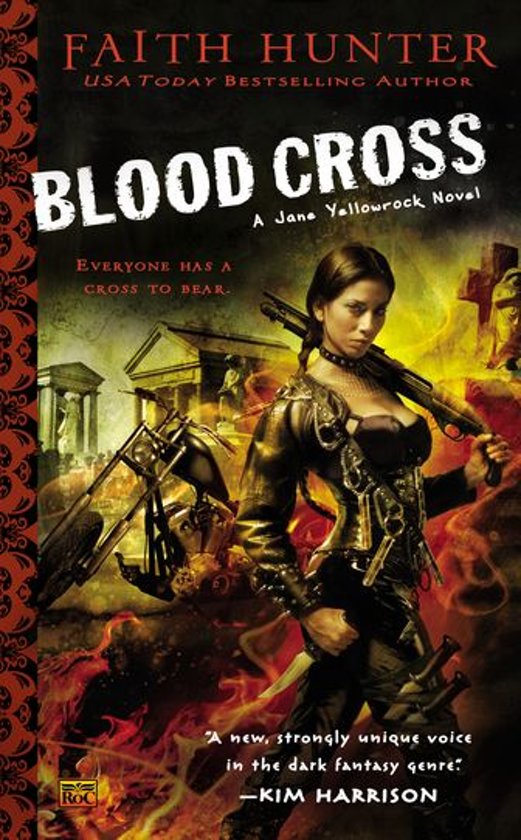 "A native of Louisiana, Faith Hunter spent her early years on the bayous and rivers, learning survival skills and the womanly arts. She liked horses, dogs, fishing and crabbing much better than girly skills. She still does.

In grade school, she fell in love with fantasy and science fiction, reading five books a week and wishing she could ""write that great stuff."" Faith now shares her life with her Renaissance Man and their dogs in a Enclave of their own. Faith is working on a new series, which Roc will publish starting in the summer of 2009, and a role-playing game, called The Rogue Mage, based on Thorn.

View our feature on Faith Hunter's Blood Cross. Jane Yellowrock is back on the prowl against the children of the night...


The vampire council has hired skinwalker Jane Yellowrock to hunt and kill one of their own who has broken sacred ancient rules-but Jane quickly realizes that in a community that is thousands of years old, loyalties run deep...