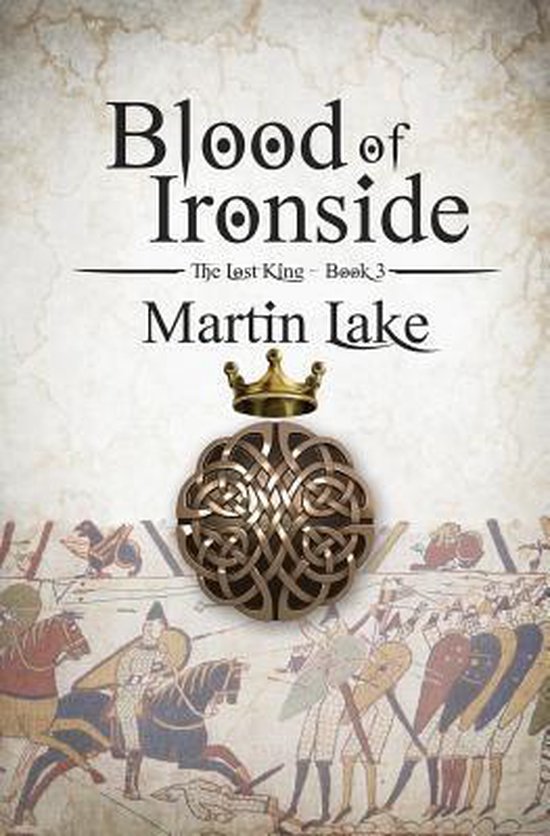 Edgar Atheling has been betrayed by his allies and defeated in his attempt to win back the throne of England from William the Conqueror. The Normans hunted for him across the north of England, devastating the land in the process. He only just escaped to the sanctuary of the King of the Scots. Once there he is tempted to give up the fight. But there are still some in England who resist the Normans. Edgar decides to return home to lead the battle. He allies himself with the King of the Danes and Hereward the Wake and stakes all on a gamble to win back his birthright. William invades Scotland and Edgar is forced to flee to Europe. Once there he discovers new friends and new enemies. But William decides to put an end to Edgar's resistance once and for all. ''Once more into the fray as Edgar continues his struggle to reclaim his throne from William the Bastard.'' ''Disowned by his brother-in-law, betrayed by the vikings, Edgar lurches and stumbles from one crisis to the next.'' Praise for the earlier books in the series: Resistance. Martin Lake is a terrific writer and deserves to be better-known. I've read plenty of historical fiction and much of it is heavy-going. I couldn't put this one down! This book is a good read, a fast paced historical adventure utilizing colourful and complex characters to tell a truly dramatic story. I really enjoyed the character development in this book, especially the complex and occasionally subtle interplay between Edgar and William the Conqueror. One of the better novels on the English resistance after 1066. Edgar Atheling is a complex, elusive and frustrating historical character but that allows for some scope in trying to portray him within a novel such as this. Martin Lake is convincing in his characterization of the key figures including Edgar. Did not know what I was getting into - but wow- how did I miss this one - what a great read, face paced, plenty of action and the right amount of detail to be convincing. Went straight on to the second book which was equally brilliant and can't wait for the next one. Wasteland. Every bit as good as its prequel, The Lost King: Resistance. Don't be put off if you don't like history. This story will appeal to anyone, whether interested in history or not. I wanted Edgar to win, even though I knew he wouldn't. Writing style, characterisation, storyline all first rate. Martin Lake has written an extremely tense historical thriller as we follow the devastation of England and the despair of Edgar as he sees his country suffering and his own life in danger. Now I am waiting to read the next volume in this excellent trilogy. A great sequel in the story of the real king of England when William the Conqueror took over. Believable characters, gripping story, from a history I didn't know. Makes me root for King Edgar even though history tells us he doesn't win. Can't wait for the third book!
Toon meer Toon minder