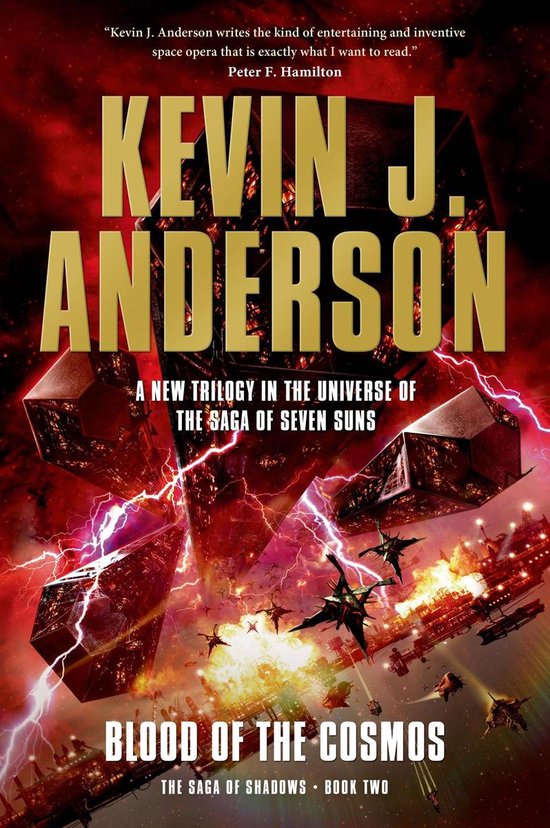 Blood of the Cosmos: the second book in Kevin J. Anderson's Saga of Shadows trilogy.


An epic space opera of the titanic conflict of several galactic civilizations against a life-destroying force of shadows, a dark cosmic force that has swept through the undercurrents of the human interstellar empire.

As the second book of the trilogy opens, the humans and Ildirans, having narrowly escaped annihilation at the hands of the Shana Rei and their robot allies in Book One, are desperate to find a way to combat the black cloud of antimatter of the Shana Rei. The mysterious alien Gardeners, who had helped them previously, turn out to be a disaster in disguise and because of them, the world tree forests are again in danger. The allies believing they have found a way to stop their dreaded enemies, a new weapon is tested, but it's a horrible failure, throwing the human race and its allies to the brink of extinction.