Blood of the Innocents Eastern Assassins 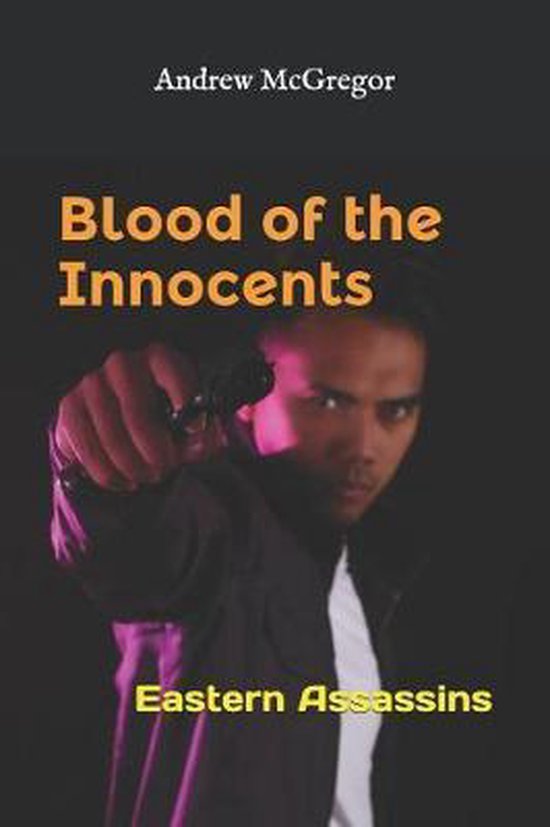 November 1990: With the increase in violence across Europe, London is once more rising on the target list of right wing extremists, an even more distasteful plan forming in the minds of the professional killers and their evil financial backers. It has only been a couple of months since the last attack, the group intensifying its focus in the belief that a blood soaked victory is potentially and finally within their grasp.MI6 are continually searching for clues to formulate a clearer picture of the group’s activities and overall aims, the two investigators that have hindered previous attacks now aware that generous revenge bounties have been placed on their heads.Continuing investigations for the newly formed Specialist Crimes Unit, Jin-Lee and Robert are becoming aware that their rather brusque commander, Chief Inspector Larsen, is on a mission of self-elevation, offering his two officers up for dangerous assignments to bolster his own prestige and that of the new department. With rumours of a potential rise in manpower in the small department when the Metropolitan Police are facing cuts, the ruthless tactics seem to be drawing the right attention.The escalation of hard drugs and the rise of ecstasy are beginning to become more evident across London, the market competitiveness increasing as violent dealers carve up whole sections of the capital, organised gangs and a rise in gun related killings beginning to concern authorities. Consideration rising that the new terrorist group may be even contributing to some of the violence and lawlessness.New names like the ‘yardies’ and ‘triads’ are beginning to appear on official reports more frequently, the number of armed Metropolitan Police officers now the highest ever, the force equipped with fully armoured vans and mesh covered land rovers. This is a different war on crime, with virtually no rules and a merciless lust for money. Finite resources in a looming recession will have to be strategically targeted to produce results…the police fearful of losing the public’s trust once more.Time is running out…the tentacles of evil twisting and weaving towards beleaguered Britain, a country now also the target of drug cartels…the police stretched to almost breaking point along with the intelligence services. Trained assassins are on their way, the approach and strategy differing from before…the far right sensing blood…that the British are now an easy target to exploit…it is time to provoke the anarchy that will eventually fulfil their aims.Bickering investigators Jin-Lee and Robert Peterson return with their bumbling associates, the secretive Department Six edging closer to formulating a picture of the adversaries. Tamara and Fath may also be heading for Britain, the two assassins with fresh targets to progress the evil aims.With flamboyant characters and humour throughout, Blood of the Innocents is the fourth book in the Dorothy Squad Series, presenting adrenalin fueled crime fighting in the dark and dangerous subculture of drugs and excesses that occurred at the time. Please be advised that this book contains some quite graphic scenes.At any time our lives or world could change…and change dramatically. Our existence is not safely predetermined…that is the mere imaginative comfort zone in which we live.Most of us do not even consider, or are far too afraid to consider...that this hour may be the last of any perceived normality...The author aims to provide a thoroughly enjoyable and imaginative reading experience at an affordable price for the reader. All three works from the author's World War 2 Series concentrating on the Battle for Stalingrad have achieved Best Seller status on Amazon in the UK.Imagination is personal, free and to be cherished.
Toon meer Toon minder