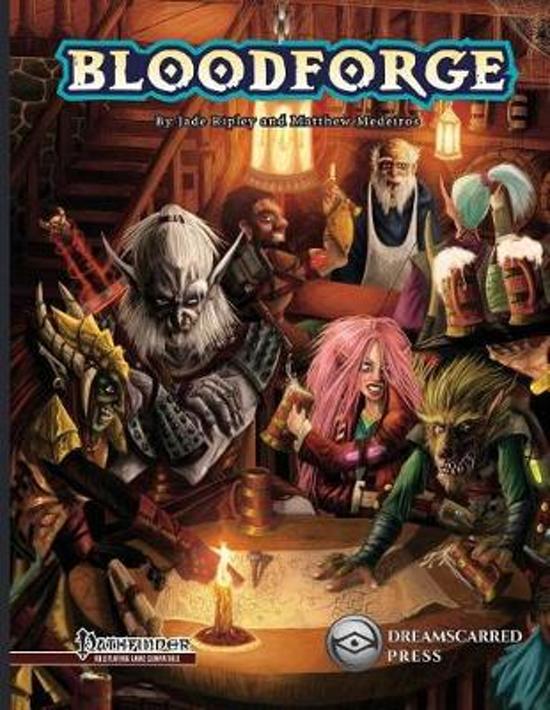 If half-elves and half-orcs exist, what if other races could mix? What strange and mysterious crossbreeds would populate a world where you can merge creatures, and races, with magic? Explore all of these potentials, where creatures born from magic and strange unions are unveiled. Expand your potential with any of these unique hybrid races. Compatible with Pathfinder RPG, any game could use this book, which gives massive amounts of options both for players and Gamemasters to expand their world with.Bloodforge includes:30 different half-breed races that are playable from the start. From the hybrid Lasher, to the halfblood Grendle, there are combinations and races for almost any concept.Alternate racial traits and new favored class options for all of the 30 new races presented in this book!New templates for creating monsters (and perhaps players) who straddle the really monstrous, from half-medusas to half-titans. Included are also different sample half-breed monsters to spice up your next adventure with!Tons of new feats, including Heritage feats that allow you to explore your character's mixed blood!New prestige classes that explore the strange mixing of blood and flesh and what they mean.New spells tied to the blood that courses through the veins of these strange hybrids.New weapon enhancements & wondrous items that give you new options!Suggestions and tips on how to mutate, hybridize and change other creatures!
Toon meer Toon minder