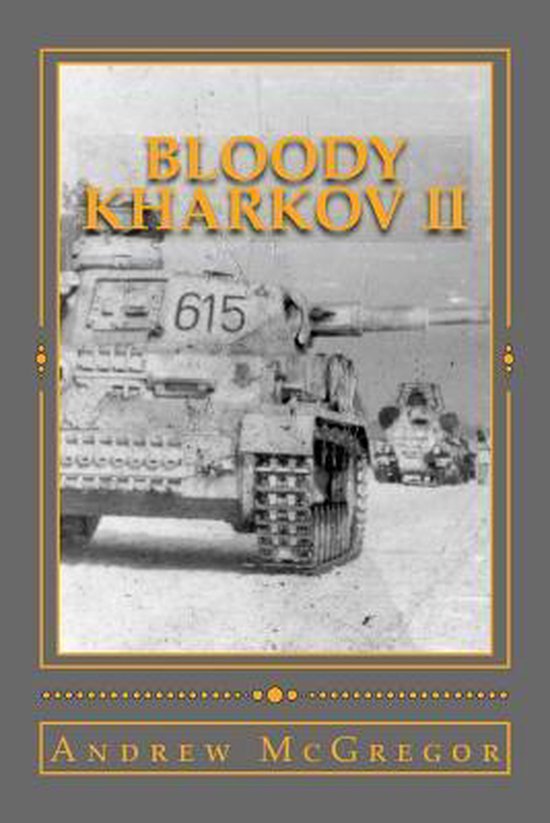 Less than two months after the devastating fall of Stalingrad, the German Wehrmacht is once again attacking, the prize of retaking Kharkov and Belgorod beyond enticing the forward units in their advance. With virtually catastrophic losses in the fall of the city that holds Stalin’s name, the new Tiger tanks and Panzer IVs begin to near their goals, hope beginning to once again to rise in their crews’ chests.Catching the Russian armies completely by surprise, the counter offensive is led by fresh SS units in the north supported by the Gross Deutschland division on the flanks, weakened Wehrmacht units driving up from the south. The few available fresh Russian divisions are rushed to meet them, numerous scattered divisions running short of fuel and destroyed in the might of the German advance. But a grim brutal reality is beginning to filter into the minds of the German and their allied ground units…that the Russian bear is far from beaten…with better tactics and weaponry than ever before. A deep fear and dread is gradually spreading that the bitter war in the east may now never end, that both countries of such opposing ideologies will fight each other to the brink of complete destruction and extinction.The air war is beginning to even, the Luftwaffe flying almost continuously in efforts suppress the Red Air Force, a bomber war over central Europe and the Reich beginning to menacingly shift in the allies’ favour…soon the fighters and young pilots may have to be recalled to protect Germany and her industry against almost overwhelming streams of American and British raids.Attrition of experienced personnel has almost become critical, the experienced soldiers and pilots that advanced to the east almost two years earlier now depleted with basic grave markings stretching from the Polish border to the banks of the Volga River. Replacements are young and inexperienced, easy pickings for the highly trained and armed Red Army soldiers, motivated by revenge and spurred on by ruthless political commissars.With the hope of finally throwing the invaders from their lands, partisan raids are becoming far more widespread, the Germans having to use more and more troops to guard their supplies and rear areas. Thousands of cut off Russian soldiers and civilians are rising to fight the invaders, equipped from supply drops and becoming highly organized by officers.Leutnant Hausser and his depleted squad return, driving north towards the two objectives, attached to the Gross Deutschland division and providing updates on the advance, their future far from certain. With fictional characters placed amongst historically accurate events, the bitter war of attrition and annihilation will continue…Authors Note: This book was originally on pre-order and withdrawn. My apologies for any inconvenience or frustration caused. Due to a technical issue, the final format of the book was not downloaded and readers would have received a previous draft omitting two key chapters. I deemed this unacceptable and came to the reluctant conclusion to withdraw the book and re-issue the completed version which is this one. I hope this meets with your approval.The author aims to provide a thoroughly enjoyable and imaginative reading experience at an affordable price for the reader. All three works from the author's World War 2 Series concentrating on Stalingrad have achieved Best Seller status on Amazon in the UK and many more stories are outlined. Imagination is personal, free and to be cherished.
Toon meer Toon minder