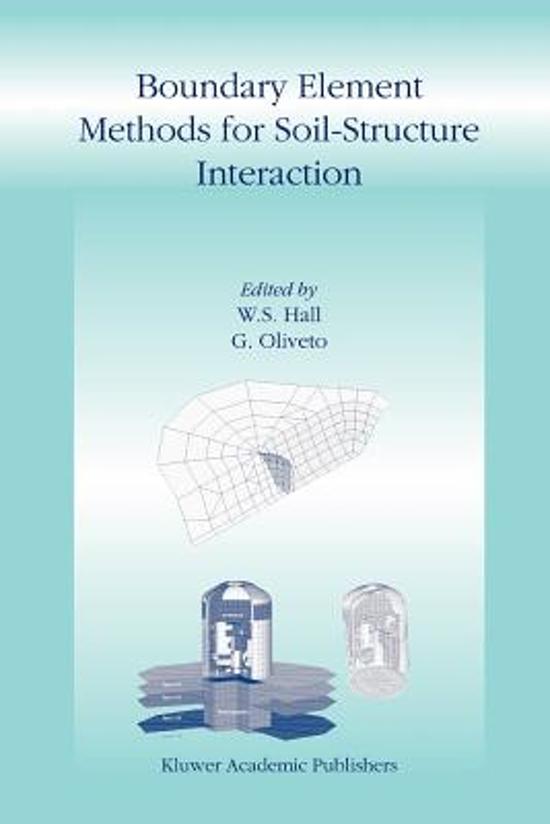 W S HALL School of Computing and Mathematics, University of Teesside, Middlesbrough, TS1 3BA UK G OLIVETO Division of Structural Engineering, Department of Civil and Environmental Engineering, University of Catania, Viale A. Doria 6, 95125 Catania, Italy Soil-Structure Interaction is a challenging multidisciplinary subject which covers several areas of Civil Engineering. Virtually every construction is connected to the ground and the interaction between the artefact and the foundation medium may affect considerably both the superstructure and the foundation soil. The Soil-Structure Interaction problem has become an important feature of Structural Engineering with the advent of massive constructions on soft soils such as nuclear power plants, concrete and earth dams. Buildings, bridges, tunnels and underground structures may also require particular attention to be given to the problems of Soil-Structure Interaction. Dynamic Soil-Structure Interaction is prominent in Earthquake Engineering problems. The complexity of the problem, due also to its multidisciplinary nature and to the fact of having to consider bounded and unbounded media of different mechanical characteristics, requires a numerical treatment for any application of engineering significance. The Boundary Element Method appears to be well suited to solve problems of Soil- Structure Interaction through its ability to discretize only the boundaries of complex and often unbounded geometries. Non-linear problems which often arise in Soil-Structure Interaction may also be treated advantageously by a judicious mix of Boundary and Finite Element discretizations.
Toon meer Toon minder