Break My Heart, Unlock It and Heal It Books 1 It All Started with a Circus Show 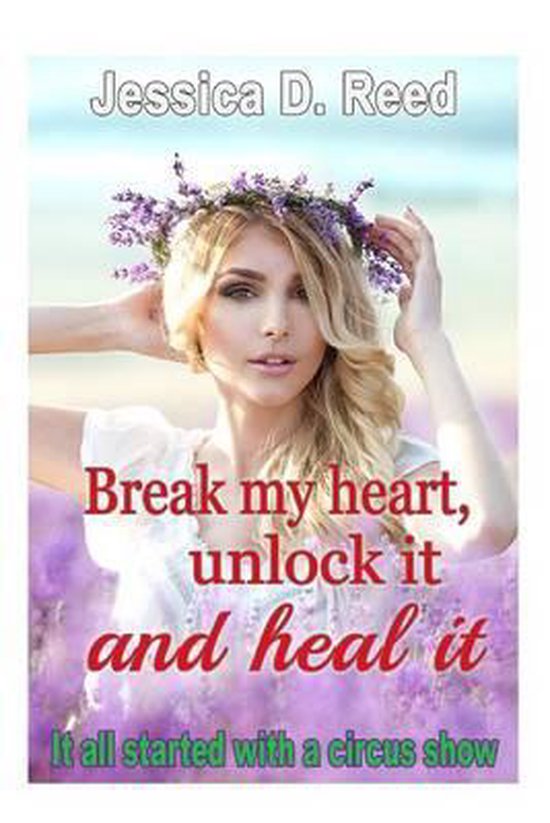 Amber; a daughter of the manager of The Australian union of banks, was relaxing in her seat on a plane drinking a glass of champagne and writing some notes about her holiday in Zermatt in Switzerland and she loved the place so much so that she felt torn between living in Zermatt and going back home. As the plane took off Amber closed her eyes and started thinking about all the fun she had but suddenly she felt nostalgia to her family and country especially when she arrived at her country few hours later. Amber didn't expect the wonderful surprise that was waiting for her in front of the airport where she found a circus show present to welcome her then she figured out that her father prepared that present for her and she met all her friends there as well. Amber closest friend Ariana gave her the keys of a new car her dad sent to her on her day back from the trip and told her that Amber's father was on his way to give her the gift in person when they called him from work and he was obliged to go back. But he asked her to go back home as soon as possible. Amber was so excited about the new car and drove it so fast on the road but a kangaroo jumped in front of her and she tried to avoid it but because of that she crashed into a gorgeous car and the driver was really furious and flew into a rage when he saw the damage in his new car. Felix was his name and it was the first time Amber met him. Ariana refused to intervene in their quarrel. Meanwhile Amber's father was calling her thousand times but she couldn't answer because of that man who wouldn't let her go without paying for the damage she caused and Amber became so worried about her father's calls and gave him a check with one hundred million then she left. After that she tried to call her father back but he didn't answer any of her calls until she arrived at the channel tunnel and saw the crowds and ambulances around. Then she found out that the tunnel collapsed and figured out later that her family was among the victims. Her dad was dead and her mother as well; the only survivor was her young sister who needed heart transplant. After checking on her sister Amber went back home to find that it was to be sold then read in the newspapers that her father went bankrupt and he was framed for bribing a company owner. The girl didn't believe the news and didn't have anywhere to go besides she needed a huge amount of money for her sister's surgery and she called all her cousins and friends but no one answered her calls. The only one who stood by her side was Ariana who offered her work as a waitress in a night club where she met Felix again and from there their story of love started.
Toon meer Toon minder