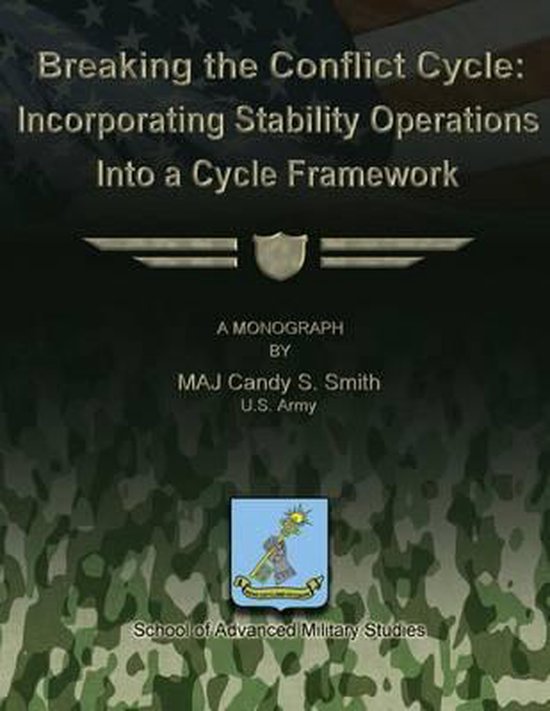 Failed, failing, and collapsed states and regions all provide opportunities for conflict and intervention in order to promote the security of the United States. Recognizing the opportunity to implement a change in how the United States plans and executes reconstruction and stabilization assistance for foreign states and regions, the President of the United States issued National Security Presidential Directive (NSPD)-44. The result was DoD Directive 3000.5, Military Support for Stability, Security, Transition, and Reconstruction (SSTR) Operations, stating stability operations are a core U.S. military mission. The release of the new FM 3-07, Stability Operations, in October 2008 was the Army’s attempt to incorporate Stability Operations into the Full Spectrum Operations concept discussed in FM 3-0, Operations. While groundbreaking in its potential for change in the areas of conflict prevention, varied solutions to complex problems, and its depiction of stability operations within Full Spectrum Operations, the Army has limited ability to incorporate that potential. In order to understand why the US Army has a limited ability to incorporate the potential of FM 3-07, this monograph dissects the Army’s current use of the Spectrum of Conflict – a linear mode of thinking ill-suited to the conflicts of the 21st century. Understanding why the Spectrum of Conflict is no longer applicable to future conflicts leads into a discussion of how the Organization of Cooperation and Security in Europe’s conflict cycle model is better suited for 21st century conflict and the full incorporation of stability operations within Full Spectrum Operations. This monograph advocates the Army’s adoption of the conflict cycle with the stages of early warning, conflict prevention, crisis management, and post-conflict reconstruction in order to allow FM 3-07 to meet its full potential and to break the conflict of cycle enduring in many parts of the world today.
Toon meer Toon minder