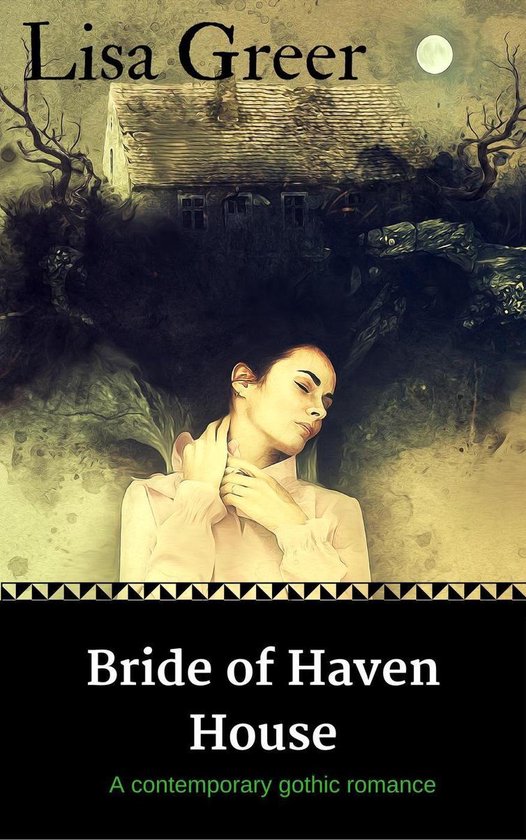 She needed a husband; he wanted an inheritance. Would their marriage of convenience be a nightmare for both of them?

It's Christmas time, 1971, and Sophie Banister is out of options. Unemployed and the mother of a three week old daughter, her controlling husband has walked out on her with only a cruel letter. When she meets handsome airline executive John Granger by chance, he makes an offer she can’t refuse.

Swept up in a whirlwind marriage of convenience, Sophie arrives at Haven House just months later, her new husband’s estate in the isolated Black Hills of South Dakota. But all is not well. Threats surround her, and intentions are shrouded. Even as she is attracted to her moody new husband, she doubts he can be trusted, and what of his younger brother, Evan—an enigma who offers her friendship, and perhaps something forbidden?

She must uncover the secrets of Haven House and its inhabitants if she wants to save herself and her child.

Excerpt: She quickly set a bedside alarm for an hour later, so she would have time to dress for dinner. The house ate formally in the dining room most nights unless it was decided otherwise, she had been told by John. The thought sent butterflies teeming through her stomach. Almost as soon as her head hit the pillow, she was oblivious to the world.
The scent of roses pervaded the room, and someone was singing softly—a haunting ballad she didn’t recognize:
"O what is the matter?" Lord Lover, said he,
"O what is the matter?" said he.
"Lord, a lady is dead," an old lady said,
"And her name was Lady Nancy."

He ordered her grave to be opened wide,
Her shroud to be torn down,
And there he kissed her cold pale lips,
Till the tears came trinkling down.

Lady Nancy was buried in the cold church ground.
Lord Lover was buried close by her;
And out of her bosom there grew a rose,
And out of Lord Lover's a briar.

As the song went on, the woman’s voice young and tremulous, the scent of roses grew heavy and cloying, then rancid. A great feeling of sadness swept over Sophie—a feeling of loss.
The voice faded, along with the shadow of a woman, standing beyond her vision in the corner of the room. Sophie woke up with a start.
“It was just a dream,” she whispered. But how strange it had been! The scent of roses in her room was no longer sweet. It gagged her, and the woman. It was as if she had been in the room, but Sophie knew she had been asleep--alone.
She shrugged it off as the nerves of being in a new place and yawned, stretching. The nap had done little good. She felt as if she hadn’t slept at all, likely due to the troubling dream—or nightmare. Just then, her alarm went off, startling her. Sophie shut it off with a slam of her hand down on the button.