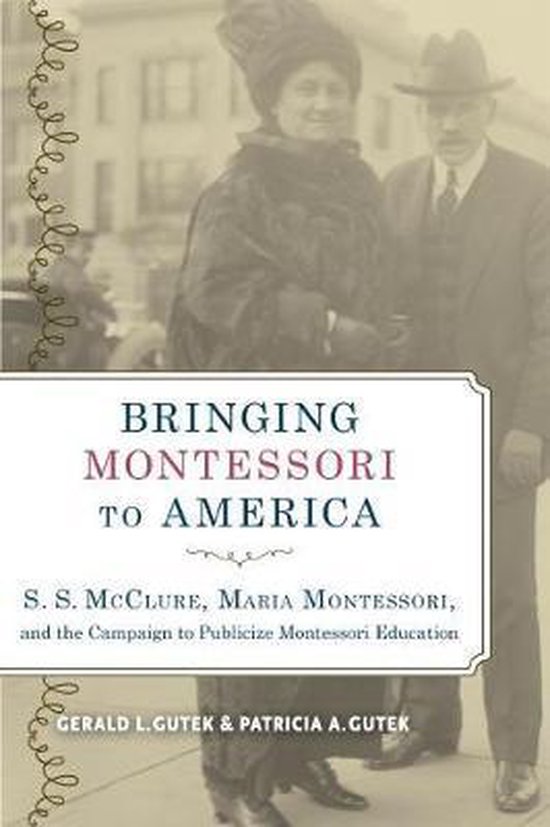 2016 Choice Outstanding Academic Title! Bringing Montessori to America traces in engrossing detail one of the most fascinating partnerships in the history of American educationaEURO that between Maria Montessori and S. S. McClure, from their first meeting in 1910 until their final acrimonious dispute in 1915. Born on the Adriatic, Montessori first entered the world stage in 1906 as the innovator of a revolutionary teaching method that creates an environment where children learn at their own pace and initiate skills like reading and writing in a spontaneous way. As her school in Rome swiftly attracted attention, curiosity, and followers, Montessori recruited disciples whom she immersed in a rigorous and detailed teacher-training regimen of her own creation. McClure was an Irish-born media baron of America's Gilded Age, best known as the founder and publisher of McClure's Magazine . Against the backdrop of Theodore Roosevelt's Bull Moose insurgency, the brilliant and mercurial McClure used his flagship publication as a vehicle to advance Progressive Party causes. After meeting in 1910, McClure and Montessori embarked on a five-year collaboration to introduce Montessori's innovative teaching style in the United States. Gerald and Patricia Gutek trace the dramatic arc of the partnership between the Italian teacher and American publisher united by a vision of educational change in the United States. After her triumphal lecture tour in 1913, Montessori, secure in her trust of her American partner, gave McClure her power of attorney and returned to Italy. The surge in popularity of Montessori education in America, however, deeply concerned Montessori, who had heretofore exerted total control over her method, apparatus, schools, and teacher training. The American entrepreneurial spirit, along with a desire to disseminate the Montessori Method quickly, led to major conflicts between the Italian educator and American businesspeople, particularly McClure. Feeling betrayed, Montessori ended her relationship with her erstwhile collaborator. Gutek and Gutek describe the fascinating story of this first wave of Montessori education in the United States, which did not sustain itself during Montessori's lifetime. It would not be until the 1950s that Montessori education was revived with the successful establishment of Montessori academies throughout the United States.
Toon meer Toon minder