Broadway, Movie, TV, and Studio Cast Musicals on Record A Discography of Recordings, 1985-1995 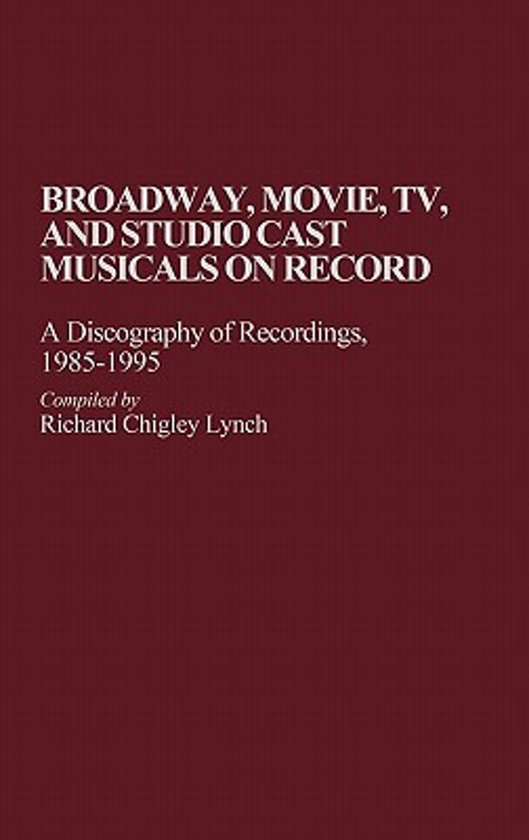 Is there a recording of the songs from Smile? How many scores by Sondheim have been recorded in the past ten years? Answers to these and other such questions can be found in this unique volume. All shows are listed alphabetically, and essential information is included for each song, as well as other recordings of the same score and who recorded them. There are performer, composer, lyricist, and musical director indexes, making this a user-friendly reference. This volume, along with the author's previous discographies (Greenwood 1987, 1989, 1990), provides a definitive reference source for recorded musicals-from Broadway, Hollywood, television, or merely hoping-to-be-produced-up to 1995. The work is useful not only to scholars and students but also to the collector of musical show recordings. Show recordings are listed by title in alphabetical order. Each song is listed in the order it was recorded on the album or CD, and the performer of the song is given. The recording is identified by composer, lyricist, and musical director, as well as the date of original production and date of this particular recording. There is a chronology of all shows included in this volume, and there are two indexes: one by performer and one by composer, lyricist, and musical director.
Toon meer Toon minder