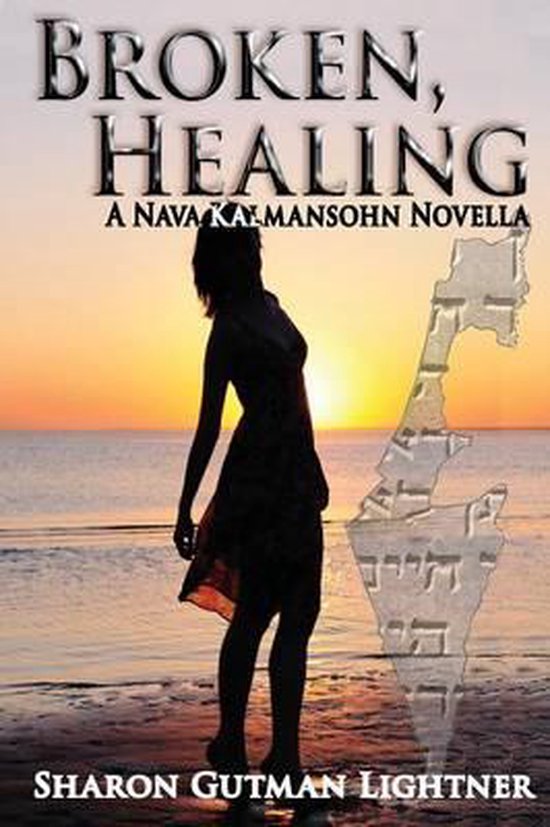 Pat Robertson on Sharon Gutman Lightner's novel "Nativity":
" Lightner] has captured beautifully the human side of the Israeli-Palestinian conflict, and I believe that anyone who is interested in seeing Middle East peace come forth should read this novel. It is a story of hope, of love, of joy, of tragedy, of survival, of bedrock human emotion."
"Broken, Healing"
Gifted Natan Kalmonsohn, trained in Beirut as an agronomist, seems destined to help develop the agricultural promise of the renewed home of the Jewish people, Israel, ancient land in its new infancy. Suddenly, mysteriously, he's struck by a debilitating illness that defies the art of medicine. As his life ebbs away, he starts off on a slow mission to the mystics and healers of the lovely land, to Safed in the hills that shadow the Sea of Galilee to Beersheba in the Negev, where Abraham watered his flocks.
Along the way Natan finds himself in reluctant possession of a gold watch that survived the inferno of Treblinka, and is charged with returning it to the son of its rightful owner, a sacred undertaking he fears he can't fulfill, and which adds to his already dire debility. Furthermore, another broken one, another survivor of the Holocaust, a man known only as Fishburger, clownishly impaired yet devoted and optimistic, attaches himself to Natan, who feels completely incapable of doing the least thing for him. He can barely look after himself. But in a role reversal, the broken Fish, as he's known, lovingly attends to Natan. It is Fishburger who eventually resurfaces to enlighten and care for Natan's unknown daughter Nava.
As Nava grows, aided by Fishburger, she becomes obsessed with finding out everything she can about the father who never knew of her existence; determined in no ordinary way to fill in the details, with the help of the willing and imaginative Fishburger. She abandons a hopeless marriage in New Jersey, of all places, mistakenly undertaken, she realizes too late, as an attempt to escape a mother so scarred by the Holocaust, that Nava cannot forgive her, and returns home to the sunny village on the slope of the Carmel range where she was born. She holes herself up in the tree house Fishburger built her in childhood, and doesn't come down till the story is finished. It's the story of Natan's myriad encounters up and down the beautiful Holy Land with the broken survivors, the sick, the mystics; and the young, hopeful, industrious and beautiful. Natan tried his best, and failed.
But did he?
In his search Nava perceives holiness in a holy place. As she fleshes out her fleshless father and mingles her own story with his, she takes the first stride on her own road to wholeness, on which she's already set out in the first book of the series.
Cynthia Ozick, the celebrated American novelist and perhaps greatest living belletrist and critic, had this to say of Ms. Gutman Lightner's writing:
"I've just read 'Where the Earth and the Sky Kiss' in "Green Mountains Review." It's beautiful and fresh -- D. H. Lawrence (I'm thinking especially of "Sons and Lovers") would envy it."
Toon meer Toon minder