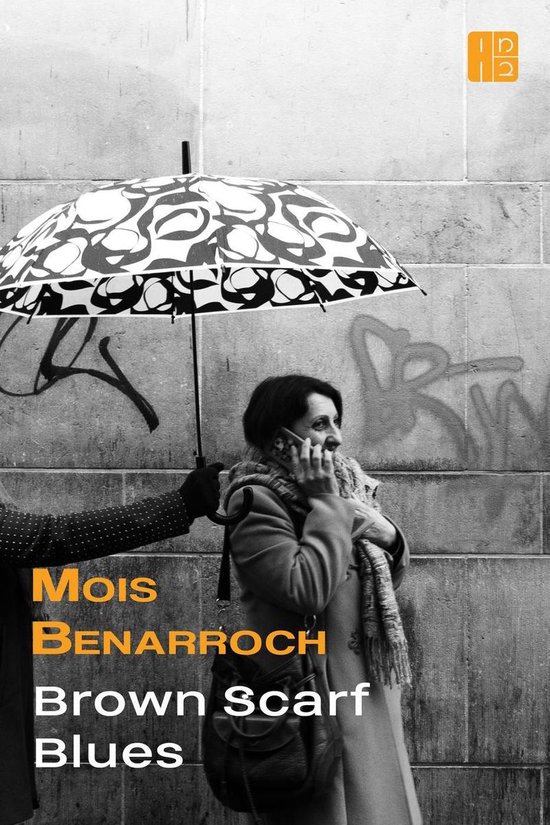 ''The world portrayed in Brown Scarf Blues by Mois Benarroch is one in which time is an elusive thing. Also, reality. Slipping from the mundane details of travel to the world of fantasy and memory and back again, the book takes us on a trip through loss, regret, and the way in which a misplaced item, even one that wasn't really yours to begin with, can drive one slightly mad.


Written by a Moroccan poet and novelist who has lived a truly international life, the novella touches on many things at once personal and universal. The first portion of the book details, in sometimes microscopic detail, his ''investigation'' into how and when a scarf he accidentally acquired while on a trip to Spain for a conference of Sephardic Jews has suddenly vanished after only 13 days in his possession. We come to see that the scarf represents loss on the grander scale for the writer who has lost a sister and a best friend recently. But other losses come and go, in the confused timeline of the story's telling, losses of expectation, of his idea of himself, of others who people his ''lives''.


The second portion of the 154 page novella is a series of anecdotes revolving around a group of people who have all touched each other's lives. The people are not named for the most part, and the reader must puzzle out which anecdotes intersect others and who is who. One is clearly the writer we previously followed who had found and lost a scarf.


The last third of the novella exists as a series of memories of the author's childhood. Disjointed, sometimes referencing a memory twice (Tutti-frutti ice cream at La Glacial), many of them involve the simple comfort of a child's favorite foods; locales in his home city of Tetouan in northern Morocco are listed, as are street names and beaches.


The Brown Scarf Blues moves in and out of the world of language as well, and much of it involves the use of language as these disparate parts of the world intersect within the Jewish members of Morocco, Spain, France, Israel. The writer speaks of the ''mystery'' of his ability to sometimes understand Portuguese and sometimes not. A story is told of an old man whom nobody can understand because he speaks Haketia, a forgotten language that reminds him of his youth. Street names, neighborhoods, tavern after tavern are named, the litany of a wanderer.


This book made me laugh out loud several times, in both recognition and delight. I couldn't list the number of lines that made me want to text them to others to share in my enjoyment. The extended motif of the writer feeling as if he is only a character in another writer's work and vice versa was a feeling I have every day without being able to express it. But more than anything, it is the sense of a soul in constant movement, a stranger in his own land as well a citizen of many homes that permeates the work. The scarf is both a lifeline and comfort, if only for a very short time. It is for this reason and many others that I rate this book 4 out of 4 stars.''