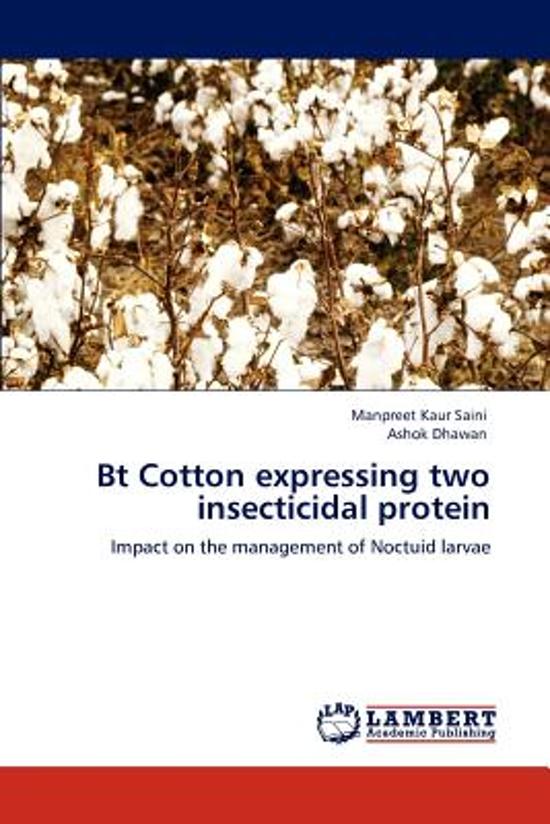 Cotton is an important commercial crop in India and plays a key role in national economy.For the past two decades, the national average of 440 kg/ha has not increased when compared to world average of 682 kg/ha. About 134 species of arthropods were found to be associated with the cotton crop in Punjab, of which bollworms cause serious damage. Among the bollworms, Helicoverpa armigera is a very serious polyphagous pest.Biological, cultural and chemical methods have been used to attempt its control.The extensive and indiscriminate use of conventional insecticides as well as synthetic pyrethroids against H. armigera has resulted in development of resistance to various insecticides.A novel method of controlling this pest is use of Bt cry toxin from a soil bacterium, Bacillus thuringiensis (Bt).Since its release has been able to reduce the use of chemical insecticide, thereby lowering the risks pertaining to environmental hazards, human health and production costs.The insertion of an additional Bt gene encoding for a different toxin (Cry2Ab) into current Bt cotton cultivars containing cry1Ac gene may provide additional activity on lepidopteran pests and would improve pest control val
Toon meer Toon minder