Buffalo Bill and the Indians 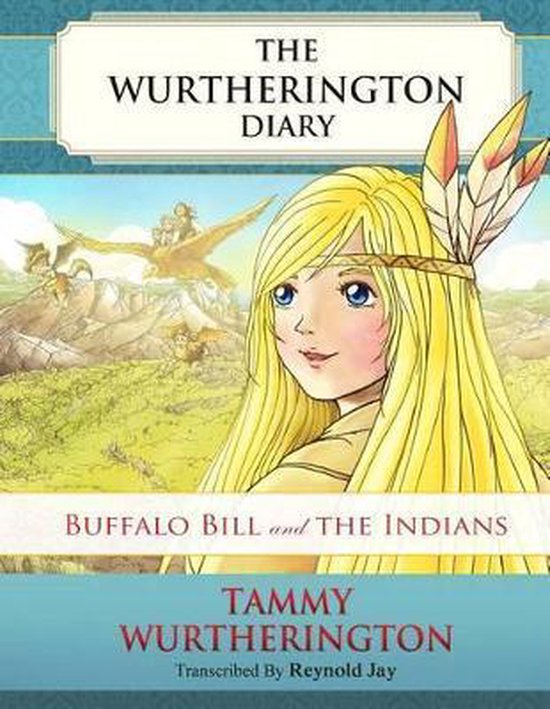 This is the SKETCH edition. View the art as it appeared in the restoration process. This is the seventh book in the illustrated historical series, The Wurtherington Diary. This is a stand-a-lone story and is part two of the real-life adventures Tammy had with Buffalo Bill Cody. Of course she is in good company with Alfred the mouse, Zeke the orphaned opossum, Cedric, the mischievous mongoose, and Polly, the goodhearted bird. This part of Tammy's diary takes place about nine years later when Wild Bill Hickok and Buffalo Bill were friends. As with all the Wurtherington Diary books, this one abounds in developing worthwhile feelings for its young readers. Things like honesty, compassion, and respect for others abound on very page. For example, Tammy sees that the extinction of the Indians in an alternate space-time continuum has little effect on her life in Ohio however; she quickly decides to set things straight. Of course, she never gives it a second thought. Tammy discovers that her new mission to nudge the space-time continuum is to bring Ned Buntline, a down-on-his-luck writer, and Buffalo Bill together. It is hoped that Ned Buntline will write his famous dime novel, Buffalo Bill, the King of the Border Men, which was instrumental in romanticizing the West and eventually saving the American Indians from extinction. At Fort McPherson Tammy brings Hickok, Cody, and Ned Buntline together for the first time. Then, she takes the reader off in a new direction in her quest to save the Indians. She soon finds herself and her delightful companions in Washington D.C. talking to slave rights leaders and eventually President Grant. She explains that the Indians had been overlooked during the civil war and that it is time to set the West in a new direction. Up until Tammy appeared, the nation had set upon a course of "Indian removal" in order to solve the "Indian problem." For her most difficult task, she must find a way to bring the Apache nation and Cochise to the peace table. She and her little critter friends find that they must save Buffalo Bill Cody and Wild Bill Hickok from certain death as they attempt to deliver mail across Apache lands. She meets postmaster Tom Jeffords of Tombstone who seems to need a nudge to become a hero and then sets up the historical peace treaty that became legend.In the final chapter Tammy sets out with Aunt May, Lord Wixby and Mark to see Buffalo Bill's Wild West. This is the show that toured the world for decades and changed the way the world felt about the American Indians. Buffalo Bill, Ned Buntline, and Tammy loved the Indians, and you will too by the time you turn to the last page.
Toon meer Toon minder