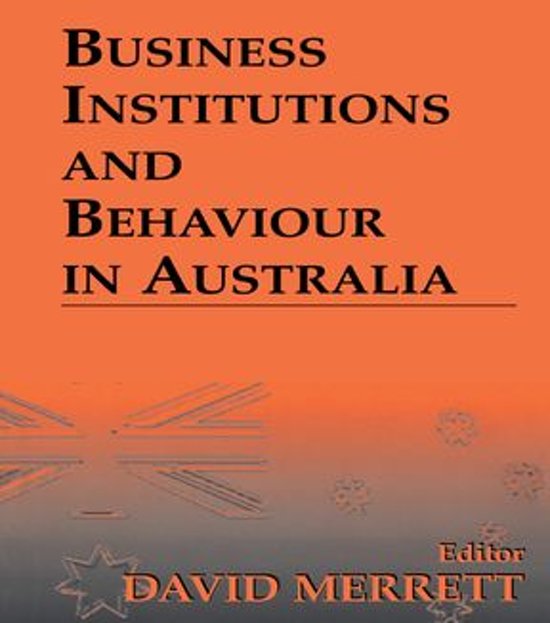 This study of Australian business institutions and practices places the rise of big business in Australia in a comparative context through a study of its 100 largest firms in the first six and a half decades of the 20th century.

Unlike many of the wealthy economies of the northern hemisphere, Australia's lists of the 100 largest firms were dominated up to World War II by those from the resource and service industries. The high levels of foreign direct investment in the resources and manufacturing industries is also highlighted. Other chapters employ 21st-century theories of the firm to explore business behaviour in more depth.