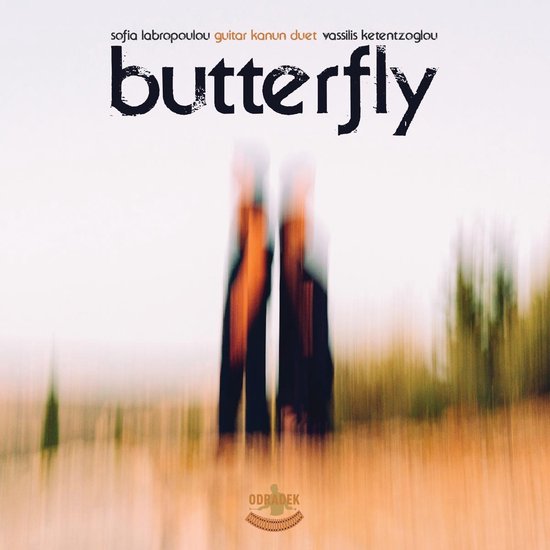 World-premiere recordings of music for a unique combination: Western classical guitar and the kanun, a zither-like Eastern string instrument. Versatile Greek musicians Vassilis Ketentzoglou and Sofia Labropoulou have created a repertory for this unprecedented combination, resulting in a new and fresh musical soundworld; a meeting of minds and cultures. On one hand, there is the guitar: a fretted, well-tempered, polyphonic ‘Western’ string instrument; on the other, the kanun: a zither-like ‘Eastern’ string instrument, capable of playing microtonal scales, and typically played as a monophonic solo instrument. As this release demonstrates, these musicians have found innovative ways to blend these contrasting musical worlds: the guitar sometimes becomes an ‘Eastern’ solo instrument, playing microtonal melodies and ornamenting as Middle Eastern instruments do, and the kanun becomes like a ‘Western’ instrument, playing chords or even counterpoint. The album’s eponymous Butterfly symbolises bringing these instruments out of their cocoon, emerging into a colourful world in which guitar and kanun do not simply co-exist but blossom together as one.
Toon meer Toon minder