I marked the light die from the broad bosom of the river, leaving it a dead man’s hue. Awhile ago, and for many evenings, it had been crimson,—a river of blood. A week before, a great meteor had shot through the night, blood-red and bearded, drawing a slow-fading fiery trail across the heavens; and the moon had risen that same night blood-red, and upon its disk there was drawn in shadow a thing most marvellously like a scalping knife. Wherefore, the following day being Sunday, good Mr. Stockham, our minister at Weyanoke, exhorted us to be on our guard, and in his prayer besought that no sedition or rebellion might raise its head amongst the Indian subjects of the Lord’s anointed. Afterward, in the churchyard, between the services, the more timorous began to tell of divers portents which they had observed, and to recount old tales of how the savages distressed us in the Starving Time. The bolder spirits laughed them to scorn, but the women began to weep and cower, and I, though I laughed too, thought of Smith, and how he ever held the savages, and more especially that Opechancanough, who was now their emperor, in a most deep distrust; telling us that the red men watched while we slept, that they might teach wiliness to a Jesuit, and how to bide its time to a cat crouched before a mousehole. I thought of the terms we now kept with these heathen; of how they came and went familiarly amongst us, spying out our weakness, and losing the salutary awe which that noblest captain had struck into their souls; of how many were employed as hunters to bring down deer for lazy masters; of how, breaking the law, and that not secretly, we gave them knives and arms, a soldier’s bread, in exchange for pelts and pearls; of how their emperor was for ever sending us smooth messages; of how their lips smiled and their eyes frowned. That afternoon, as I rode home through the lengthening shadows, a hunter, red-brown and naked, rose from behind a fallen tree that sprawled across my path, and made offer to bring me my meat from the moon of corn to the moon of stags in exchange for a gun. There was scant love between the savages and myself,—it was answer enough when I told him my name. I left the dark figure standing, still as a carved stone, in the heavy shadow of the trees, and, spurring my horse (sent me from home, the year before, by my cousin Percy), was soon at my house,—a poor and rude one, but pleasantly set upon a slope of green turf, and girt with maize and the broad leaves of the tobacco. When I had had my supper, I called from their hut the two Paspahegh lads bought by me from their tribe the Michaelmas before, and soundly flogged them both, having in my mind a saying of my ancient captain’s, namely, “He who strikes first ofttimes strikes last.” 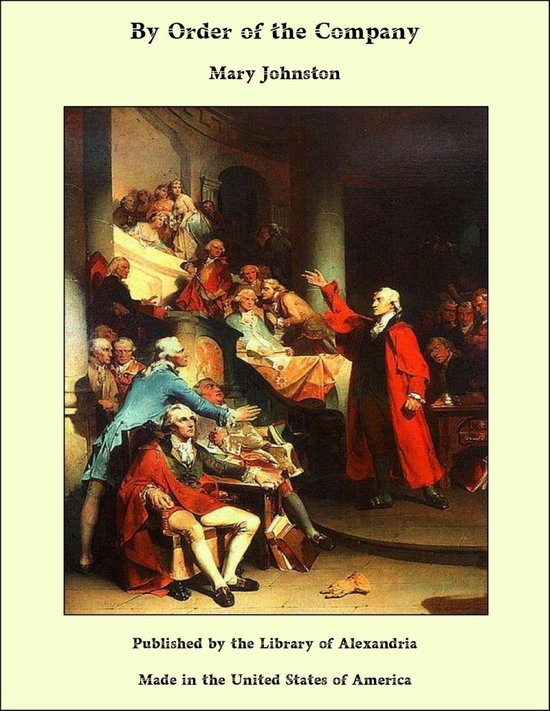