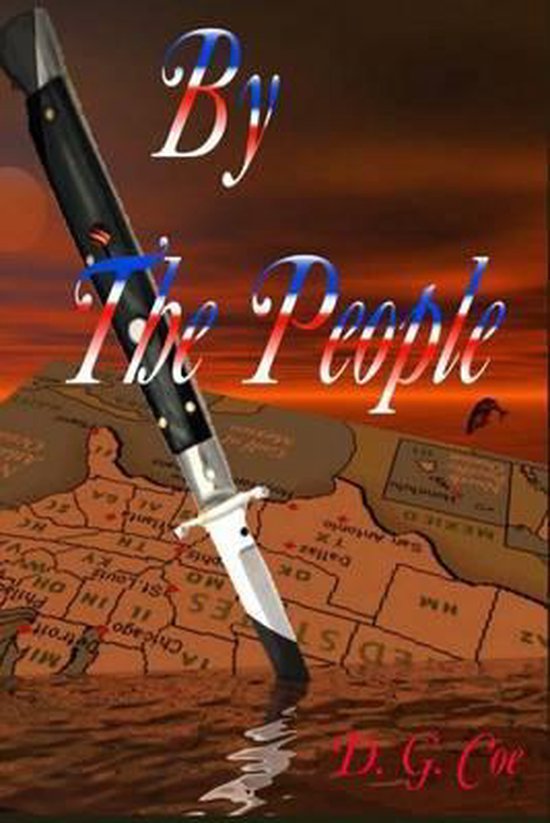 By The PeopleIn the beginning, there was an offhand comment. Before it was done, it would bring down a President.In the beginning, there was a hypothetical theory advanced by a minor economics professor. In the end it would kill not only him but half the large mammals in the world. And in the beginning, there was a great stone divide in the city of Berlin, and its fall would have ramifications unimagined by those who knew its secrets. Three strands of a spider’s web, three unrelated snapshots in time, and all tied together by one feckless ex-Secret Service agent and his sweet little old aunt, “Bulldog Bessie”. Chuck Williams, an up-and-coming member of the First Lady’s Secret Service detail, was a good agent, who on an unfortunate night made one of those career busting mistakes. Demoted back into the Customs Service, he began a journey which would eventually involve not only the taking down of the administration, but also uncover the biggest ecological disaster the world had ever seen, the attempted wholesale slaughter of every ivory producing mammal on the planet. Chuck would find many allies along his trek; stumble onto them might be a better way of putting it, not the least of which was the crazy old aunt who lived down in Baja in a couple of old converted railroad freight cars, with a geodesic dome on top. As he had learned, his dear old auntie had, unbeknownst to the rest of the family, been working for the OSS/CIA since old Wild Bill himself had run things. Technically retired, she and her deceased and beloved husband Herbert had lived it all to the fullest, and it was she who would begin piecing things slowly together. Civil service being what it is, (along with a tad of sympathy from the First Lady), our former agent is not fired entirely from governmental service but merely demoted to Customs (the parent agency of the Secret Service) and assigned the task of ferreting out all the ticky-tack and objects of fine art carved from ivory and lost or hidden in obscure warehouses et cetera around the country. When it just seems to him that it is becoming easier and easier to find these hidden caches, our feckless agent becomes suspicious and eventually seeks out his aunt (a former CIA operative) for help; and that’s where the fun begins.The antagonists in the book are for the most part good party members and true believers’, merely trying to do what they feel is right and slowly being drawn in a maelstrom of their own creation. The protagonists are conversely average Joes and/or the disenfranchised who come together to thwart the evil doers. And then there are the ones in the middle who through circumstances, subsequently switch or simply take sides. Through the course of the book the reader will come across cross-dressing four star generals, mom and apple pie masochists, the Gay underground, and a former head of the KGB forced to steal parking lot key readers in order to maintain some semblance of security in his rapidly changing post “wall” world. There are idealists, realists, and pragmatists; dominatrices, blackmailers, current spies, former spies and fake Texas oil men galore running around in the plot, and in the end, the white hats win over the black ones, more or less. The plot in By The People is more convoluted than a miscast fishing reel, yet entirely plausible and can be followed by the average suspense or mystery reader. Started in the late seventies, it has absolutely nothing to do with the current administration, but to the casual observer, the parallels to what we have experienced in the last few years are there for the taking. Written in three sections, the chapters are composed of timelines in specified if generally unremarkable days. As it stands at the moment, the book is 623 pages long, and for the confused, there is a list of characters in the back for reference if need be.
Toon meer Toon minder