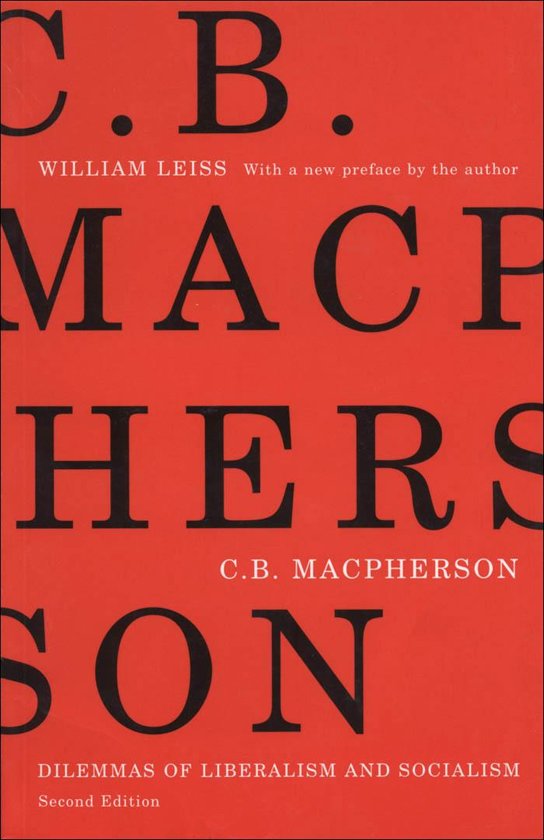 Focusing on two key themes - property and the state - Leiss tracks Macpherson's analysis of the contradictions of liberal-democracy through all of his writings, beginning with his 1935 M.A. thesis supervised by Harold Laski at LSE. His concluding chapter critically examines the core of Macpherson's political philosophy - the distinction between extractive and developmental powers - against the background of social change in the democracies of the West in the period since the end of the Second World War.