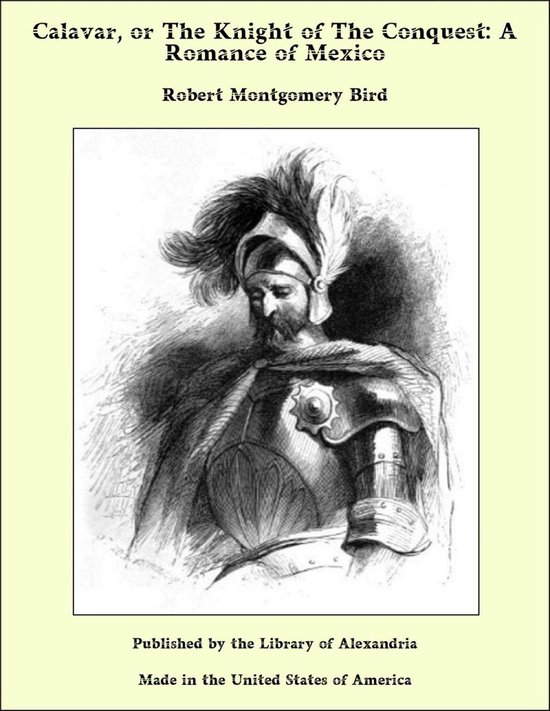 In the year of Grace fifteen hundred and twenty, upon a day in the month of May thereof, the sun rose over the islands of the new deep, and the mountains that divided it from an ocean yet unknown, and looked upon the havoc, which, in the name of God, a Christian people were working upon the loveliest of his regions. He had seen, in the revolution of a day, the strange transformations which a few years had brought upon all the climes and races of his love. The standard of Portugal waved from the minarets of the east; a Portuguese admiral swept the Persian Gulf, and bombarded the walls of Ormuz; a Portuguese viceroy held his court on the shores of the Indian ocean; the princes of the eastern continent had exchanged their bracelets of gold for the iron fetters of the invader; and among the odours of the Spice Islands, the fumes of frankincense ascended to the God of their new masters. He passed on his course: the breakers that dashed upon the sands of Africa, were not whiter than the squadrons that rolled among them; the chapel was built on the shore, and under the shadow of the crucifix was fastened the first rivet in the slavery of her miserable children. Then rose he over the blue Atlantic: the new continent emerged from the dusky deep; the ships of discoverers were penetrating its estuaries and straits, from the Isles of Fire even to the frozen promontories of Labrador; and the roar of cannon went up to heaven, mingled with the groans and blood of naked savages. But peace had descended upon the islands of America; the gentle tribes of these paradises of ocean wept in subjection over the graves of more than half their race; hamlets and cities were springing up in their valleys and on their coasts; the culverin bellowed from the fortress, the bell pealed from the monastery; and the civilization and vices of Europe had supplanted the barbarism and innocence of the feeble native. Still, as he careered to the west, new spectacles were displayed before him; the followers of Balboa had built a proud city on the shores, and were launching their hasty barks on the surges of the New Ocean; the hunter of the Fountain of Youth was perishing under the arrows of the wild warriors of Florida, and armed Spaniards were at last retreating before a pagan multitude. One more sight of pomp and of grief awaited him: he rose on the mountains of Mexico; the trumpet of the Spaniards echoed among the peaks; he looked upon the bay of Ulua, and, as his beams stole tremblingly over the swelling current, they fell upon the black hulls and furled canvas of a great fleet riding tranquilly at its moorings. The fate of Mexico was in the scales of destiny; the second army of invaders had been poured upon her shores. In truth, it was a goodly sight to look upon the armed vessels that thronged this unfrequented bay; for peacefully and majestically they slept on the tide, and as the morning hymn of the mariners swelled faintly on the air, one would have thought they bore with them to the heathen the tidings of great joy, and the good-will and grace of their divine faith, instead of the earthly passions which were to cover the land with lamentation and death.