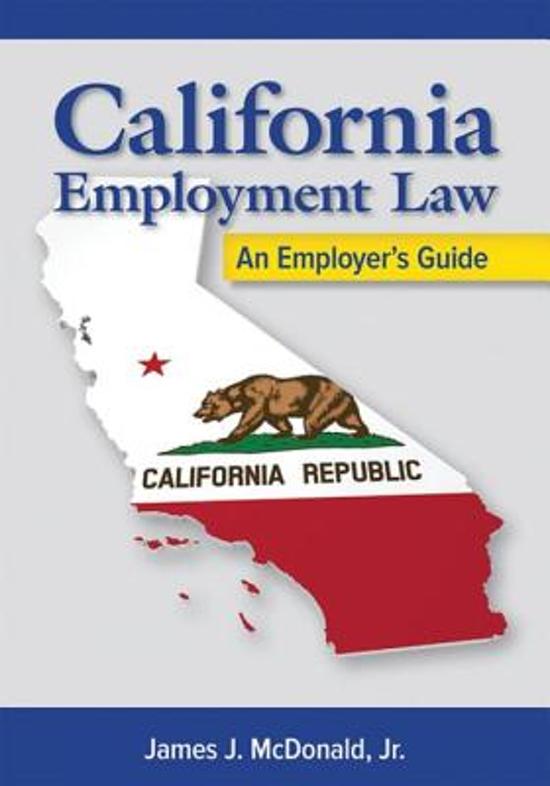 It is often said that it is impossible for an employer to fully comply with all of California's employment laws. They are just too numerous and too complicated. They are frequently changing, and rarely for the better. There are so many traps for the unwary. Unfortunately, this perspective is mostly true. Part of the problem is that California deems itself to be special. All the employment laws that serve the rest of the country just fine are not considered adequate for California. Instead, the state has its own versions of these laws and its own bureaucracies to enforce these laws. Sometimes these agencies interpret California law consistently with similar federal laws, sometimes not, and sometimes it is not really clear. But the stakes of getting it wrong are quite high for California employers. A simple mistake can lead to a seven-figure jury verdict or a class action lawsuit. California Employment Law: An Employer's Guide is written for those who must contend with employment law in California as part of their work. This includes employers based outside of California but with employees working inside the state. It is written primarily for business people and HR professionals, not lawyers, although in-house counsel and lawyers who practice outside of employment law will find it useful. The book's approach is practical. There is no lengthy analysis of court decisions, and there are no footnotes. This book is grounded in the law as it is found in statutes, regulations, and case law, but its focus is on how the law works in the real world.

You made it simple. The myriad of complex employment laws for California employers can appear overwhelming. This book not only serves as an overall read to confirm compliance, but it's an authoritative reference for when issues arise. - Steven M. Morris, SHRM-SCP, SPHR, Law Office Administrator