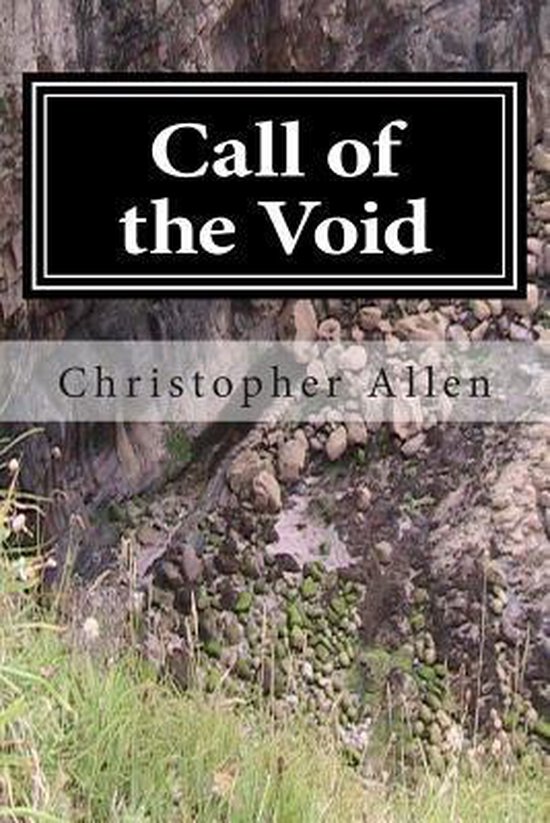 Call of the Void is a mystery thriller which charts the journey of a young man, Gideon Peters, in search of an answer to one of life’s most intriguing questions: what is the point and purpose of my existence? The story is set in pre-digital age Britain and spans the 22 years of Gideon’s life from 1961 to 1983 as his quest takes him to London. At the request of his father, he enlists in a campaign to expose the political agenda of a secret cult within the capital. Gideon is taken to the limit of his physical endurance and moral courage in a traumatic encounter with its leader: the mysterious Magus; a man who will stop at nothing to protect his technology of hypnotic persuasion and the power it bequeaths to commit the perfect murder. No one is as they appear to be as Gideon is forced to confront his inner demons and his deepest fear: a compelling impulse to self destruction. Call of the Void has a strong philosophical, religious and spiritual theme with an emphasis on hypnosis. It is an exploration of the unconscious powers of the human mind written by a professional hypnotherapist. Through Gideon’s eyes we are invited to challenge conventional ideas on the nature of reality, good versus evil, free will against determinism as he struggles to unravel the enigma of the baffling but commonplace urge to leap from high places: the Call of the Void. Set in an alternate world, great care has been taken to mirror historical accuracy as the story reaches its dramatic conclusion against the backdrop of the General Election in the United Kingdom in June 1983. Gideon is betrayed and thrown to the wolves as he faces a pulverizing street fight against the Magus’s most dangerous henchman: Boris Pasternak.Call of the Void is a mystery thriller inspired by my adolescent love of American DC and Marvel comics combined with a lifelong interest in philosophy and hypnosis. In particular, it draws on the Crisis on Earth Two adventure with the Justice League of America to provide the setting for the alternate world of the central character: Gideon Peters. In order to provide a credible alternative narrative to actual events, careful research has been undertaken in regard to the political history of the United Kingdom between the years 1961 and 1983, particularly in regard to the impact on voting of the Profumo and Thorpe scandals. I am a professional hypnotherapist and have also taken care to ensure that the hypnotic content of the story is accurate, as is the fictional use of an advanced form of the truth drug: Scopolamine.I have endeavored to create an authentic atmosphere by basing the action and dialogue on personal experience, where possible. I have attempted to capture the mood in the United Kingdom in the early 1980’s including the influence of its involvement in the Falklands War. In order to impart a greater sense of urgency and drama to the conclusion of the story, I have made every effort to ensure historical accuracy down to exact day and date and, in some instances, to the hour and minute. I have drawn on my knowledge of the Vedanta tradition of Eastern Philosophy and my involvement with a Buddhist movement in London in my twenties to impart, what I hope, is an unusual and original slant to the narrative.Call of the Void has been a difficult novel to plot but great fun to write. It is the first book of a two part series; I am current working on the sequel: The Reality Shaper.
Toon meer Toon minder