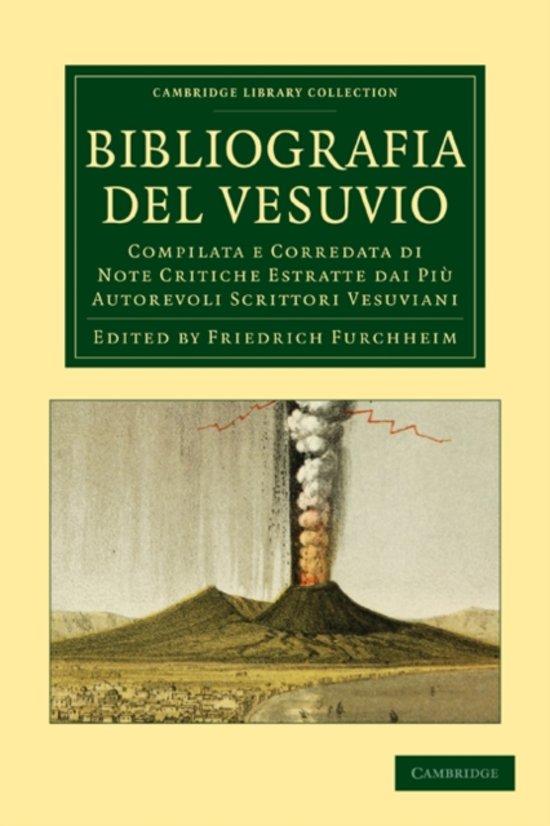 This Italian work, published in Naples in 1897, provides a comprehensive bibliography of works, published in Europe and the United States prior to the twentieth century, on the subject of Mount Vesuvius. Federigo Furchheim (b. 1844) begins with the famous eruption of 1631, on the ground that ancient accounts are sufficiently well known, and that reports and descriptions before the seventeenth century are not reliable. The bibliography is wide-ranging and includes works on other volcanos (such as Santorini), earthquakes and mineralogy. Nor is it confined to factual observations: travel writing, poetry, and even fiction, including Bulwer Lytton's The Last Days of Pompeii, appear alongside scientists such as Sir Humphry Davy and enthusiastic amateurs such as Sir William Hamilton. The book includes a chronological listing of published maps and illustrations, and an appendix, arranged chronologically and by topic, that briefly lists ancient and medieval accounts as well as more modern publications.
Toon meer Toon minder