Cambridge Library Collection - Mathematics Lilawati; or a Treatise on Arithmetic and Geometry 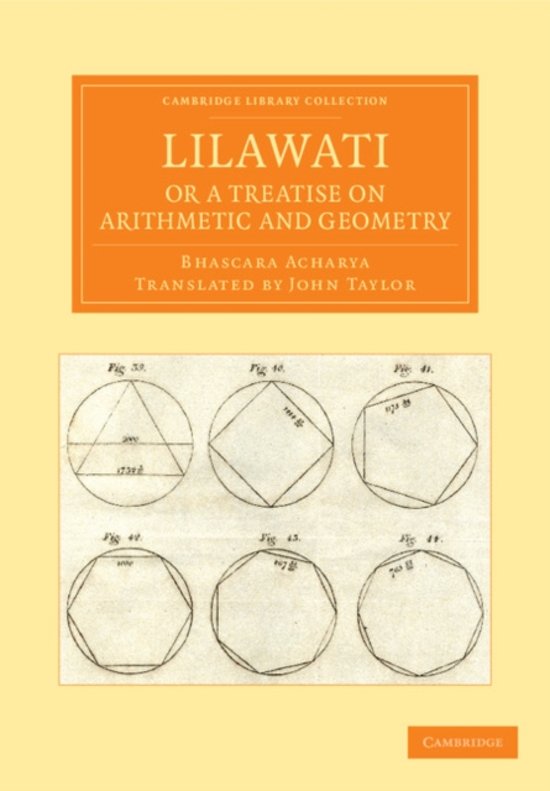 An important mathematician and astronomer in medieval India, Bhascara Acharya (1114-85) wrote treatises on arithmetic, algebra, geometry and astronomy. He is also believed to have been head of the astronomical observatory at Ujjain, which was the leading centre of mathematical sciences in India. Forming part of his Sanskrit magnum opus Siddhanta Shiromani, the present work is his treatise on arithmetic, including coverage of geometry. It was first published in English in 1816 after being translated by the East India Company surgeon John Taylor (d.1821). Used as a textbook in India for centuries, it provides the basic mathematics needed for astronomy. Topics covered include arithmetical terms, plane geometry, solid geometry and indeterminate equations. Of enduring interest in the history of mathematics, this work also contains Bhascara's pictorial proof of Pythagoras' theorem.
Toon meer Toon minder