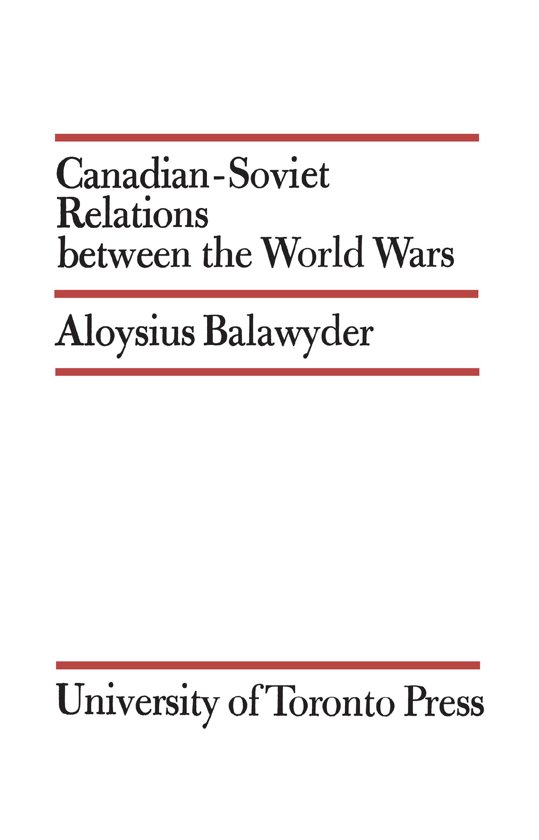 This study, based on archives only recently made available, examines Canada's relations with the Soviet Union between the first and second world wars. It shows how Canada's policy towards Russia was influenced by the economic and foreign policies of Great Britain, by the revolutionary policies of the Comintern, by economic pressures within Canada and the Soviet Union, and by pressures from political and ethnic groups within Canada. Professor Balawyder explores the relationship between the Communist party of Canada and the Russian Comintern, and studies the effects of the activities of Canadian Communists on Canada's political and commercial dealings with Russia.


Those interested in Canada's foreign relations and in the history of left-wing political groups in Canada will find this book an important contribution to a field of study long neglected.