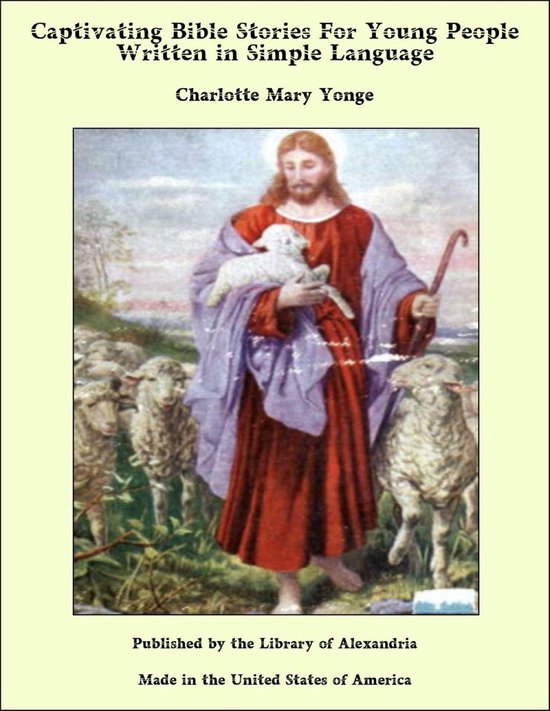 THE great number of Bible story books that have been published show how many attempts have been made to supply the want which has long been felt of a work containing a carefully written story of the Scripture narrative for young people. In this great work which is written in simple language, the captivating story of the Bible is told in a style that will cause it to be read over and over again, and the thrilling truths and beautiful lessons it contains will never be forgotten. It takes the reader through the Bible in fifty-two lessons, each lesson comprising three readings for each Sabbath of the year, while a series of questions following each reading, help to impress upon the young mind the truths of the Holy Scripture. The work begins with the marvellous Story of the Creation, describing the beauties of the Garden of Eden, and the awful disaster of the flood; it relates the thrilling scenes in the life of Abraham and the other Patriarchs, and furnishes a great panorama of the wonderful events in the dawn of history. This is followed by the delightful story of Joseph, who was sold by his envious brethren and hurried away to Egypt, where he was adopted into the king's family, and finally made ruler over that country. The lessons of his life should be read by every boy and girl in the land. He was one of the noblest characters spoken of in the Bible. Next, we have a glimpse of Moses in his little life-boat, found and cared for by a Royal Princess. We see him growing to the fullness of manhood, becoming leader of his people, and finally breaking their chains and bringing them out of captivity. He stands at the burning bush; he opens a fountain in a rock; he goes up among the clouds of Sinai and receives the tables of the law. This part of the Bible story is full of instruction. Then grand old Joshua comes forth upon the scene, and the reader follows him through his stormy conflicts and brilliant triumphs. Here, too, is a graphic description of the magnificent achievements of Gideon, telling what wonders he wrought and what valor he displayed. Who has not been fascinated by the delightful story of Ruth? This humble but charming woman was an ancestor of our Lord Jesus and all are interested in the story of her life.