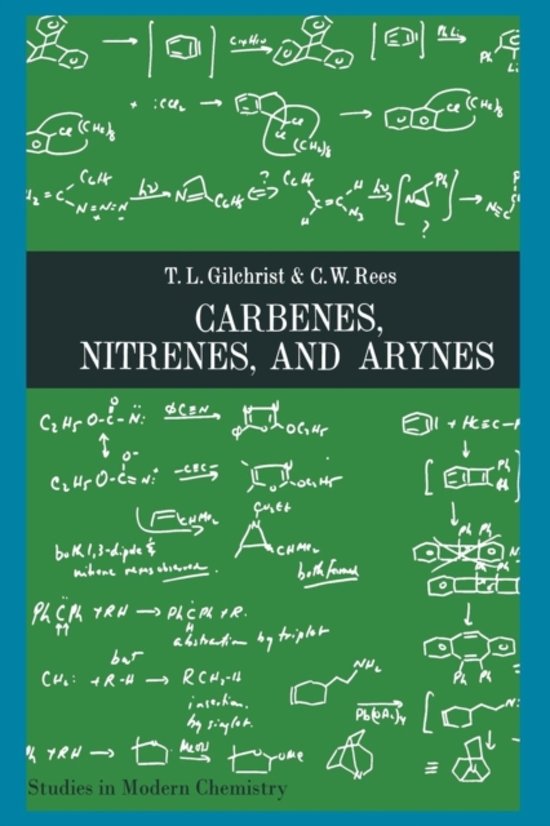 Carbenes, nitrenes, and arynes are of great interest to chemists because of the central role they play, as the key intermediates, in a wide range of chemical reactions. Their study has illuminated many aspects of synthetic and mechanistic chemistry. Their organic chemistry has developed enormously over the last ten to fifteen years so that now a fairly clear pattern of reactions and reactivity, strikingly similar for all three, has emerged. Partly because of this, but also because of the many unsolved problems and gaps in our present knowledge, it now seems appropriate to present a comparative account of their chemistry. Our approach is a simple, descriptive one that nevertheless attempts to bring the reader as nearly up-to-date as possible; there is considerable emphasis on recent work in the text and the problems. We have been selective rather than comprehensive, have concentrated on underlying principles, and have tried to emphasize what can, and what cannot, reasonably be claimed on the basis of the available experimental evidence. (The development of this area of organic chemistry could weil serve as a cauti'onary tale in this respect. ) We have written the book primarily at the advanced student level but it should also be useful to postgraduates students and to more experienced chemists. Some of the problems are at a rather more advanced level, the aim being to extend the reader's knowledge and understanding and to direct him to some recent originalliterature.
Toon meer Toon minder