Cassiobury The Ancient Seat of the Earls of Essex 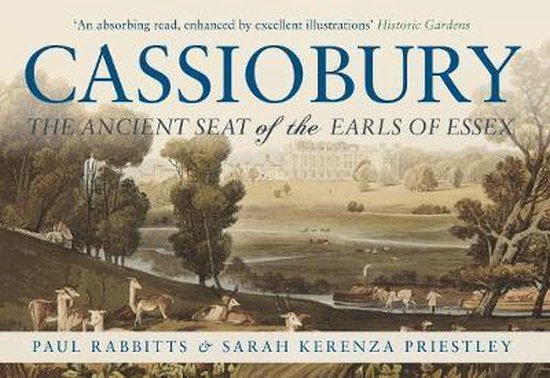 One of the remnants of the great lost estates of the United Kingdom, Cassiobury Park is now the largest park in Hertfordshire, and the principal park of its primary town, Watford, covering an area twice the size of Hyde Park in London. But this is no ordinary town park. In 1661, Arthur, the 2nd Baron Capel, was made the Earl of Essex and, by 1668/69, he had moved to Cassiobury permanently. By 1707, Cassiobury was a significant estate, and Charles Bridgeman was employed at Cassiobury in the 1720s. In 1800, the 5th Earl of Essex employed James Wyatt to rebuild the house. Humphry Repton was employed at Cassiobury, and the landscape was captured by J. M. W. Turner in a number of paintings. By 1881, there were many deer in the park, often traded with the royal deer parks at Richmond, Bushy and Windsor Great Park. By the beginning of the twentieth century, large areas of the park had been sold off to Watford Borough Council for public parkland. By 1921, the lease was surrendered and, in 1927, Cassiobury House was demolished. Much of the remaining land was bought by the council becoming further parkland for the expanding Borough of Watford. This book tells the significant story of a remarkable estate, family and parkland that has never been told before.
Toon meer Toon minder