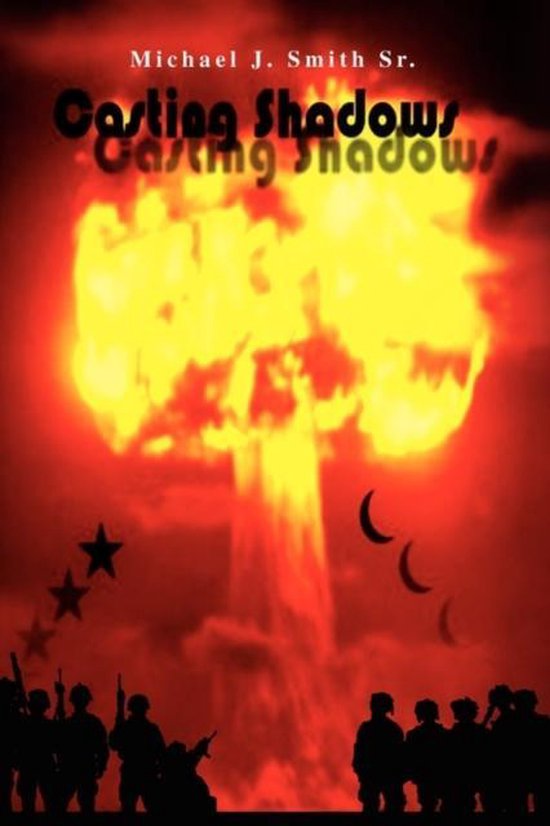 This is a fictional work that encompasses modern counterterrorism with current terrorist tactics that have been thwarted or investigated by respected counterterrorism agencies. These scenarios are linked together with the formation of a special privately owned terrorism task force that is designed to counter the weakening of the United States government and growth of a more sinister radical Islamic faction. These all take place in real locations with a cast of characters building as the book progresses. The title Casting Shadows has multiple meanings, first of which is the casting or formation of both groups; second, it refers to the methods used by these organizations to move forward; and lastly, it refers to the shadows and images of people burned on buildings after several nuclear explosions. Casting Shadows is a suspense thriller with law enforcement and military leanings, twisting back and forth between sides. This story line gets a little more complicated when more sides appear. Its not just a good guy meets bad guy book but has many dimensions of good and evil and the perception of either may be different, depending on the angle youre witnessing. Who are the real bad guys? The time line carries the reader through the development of the most sinister plot in the history of mankind. Complex and very involved, the plot destroys believers and nonbelievers alike. The sacrifice of their own people provides a screen that ultimately weakens their objective. Islamic radical factions from around the world bond together to create the ultimate union; this union called Al Infitar is attempting to finish the jihad their forefathers have started. With just a small force with perfect resolve, funds, and opportunity, they attempt to complete their jihad. Total Islam is their goal, and total destruction is their tool. Acquiring nukes for the black market, the brothers embark on a slow methodical plan to destroy the Western world as we know it. Is this book really fiction? Your call! The techniques are real. The targets are real, the motivation is real, and the desire is real. Even more frightening than that, the plots are real and are being attempted as you read this. Islamic radicals have stepped up attempts to destroy our way of life. The inner jihad they seek or the total acceptance of Allah by Muslims have now become an outward call for war against Western civilization and all non-Muslims. Jihad is being called in mosques throughout the world, and groups are forming for the final push. The Koran calls all Muslims to jihad, which by definition is the inner struggle of an individual to fight evil, the sort of yin and yang of Muslims. The radical leaders interpret this differently and call for the death of any nonbeliever. Who are they speaking of? Who are the nonbelievers? As you read this book, pay particular attention to the dates because in the beginning, the planning stages cover several years and locations. This is typical of radical plots, and the formation of cells by their recruiters takes time and large sums of money. What allows the fertile ground to produce such plots to blossom is the weakened state of the United States and European governments. This weakness will always be exploited, as the enemy will be constantly vigilant for such cracks in the armor. Enjoy this book the way it was intended, not to terrify but to enlighten and make these attempts public. Yes, they can happen. Yes, they are trying. And yes, we can stop them. So is this really a fictional book or a book that hedges on insanity? Is this book a recipe for disaster or too far-fetched to believe? Read it and make your own decision. This book, like real life, will continue. The plots will always be there, and the desire will continue. The will to survive is stronger than humans can comprehend. For a nation to survive, it sometimes takes continuous vigilance and strength. When one or the other is lacking, then evil creeps in to steal what it can. After 9/11