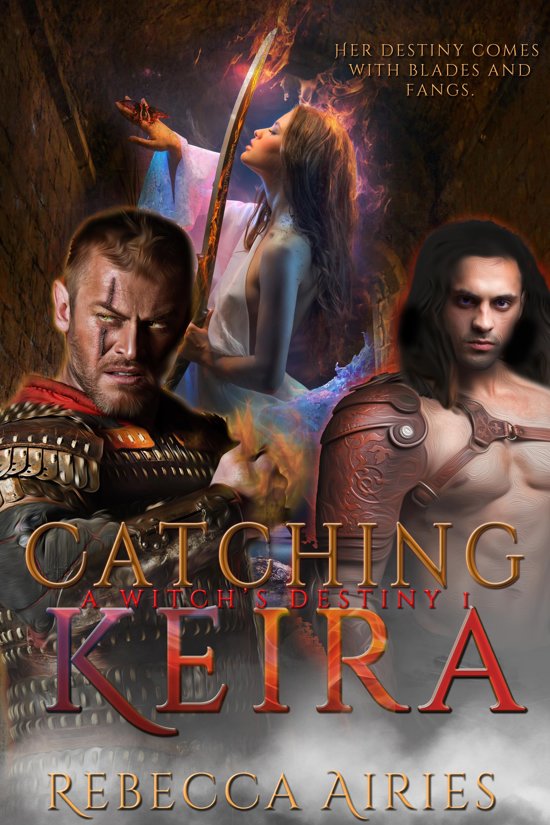 Catching Keira is a re-release. It has been heavily edited and retitled.


Her goal: reclaim an amulet and go home


Keira A'Darcin doesn't need distractions. An encounter with gorgeous, dragon warrior Rath tempts her to put aside her worries and enjoy a night in his arms. When morning comes, duty leads her away from him. As she continues on her journey, danger forces her to claim a pair of ancient weapons, changing her life.


Rath hunts the dark sorcerer targeting cities under dragon protection. His search leads him to a trap and then to Keira. Intense attraction burns between him and the sexy witch. Every touch makes him wonder if she's the one for him and Damon?


In the last few weeks, vampire Damon Ro'Teir has helped rebuild cities and fought battles. He hadn't expected to find their witch-mate in the middle of the chaos. Now that he has, he isn't letting her go. Keira's fierce, strong, passionate, and more than a match for him and Rath.


Although the desire grows hot between them, their enemy grows stronger. Witch, dragon, and vampire, they'll have to work together to defeat an enemy determined to claim the power Keira now holds.