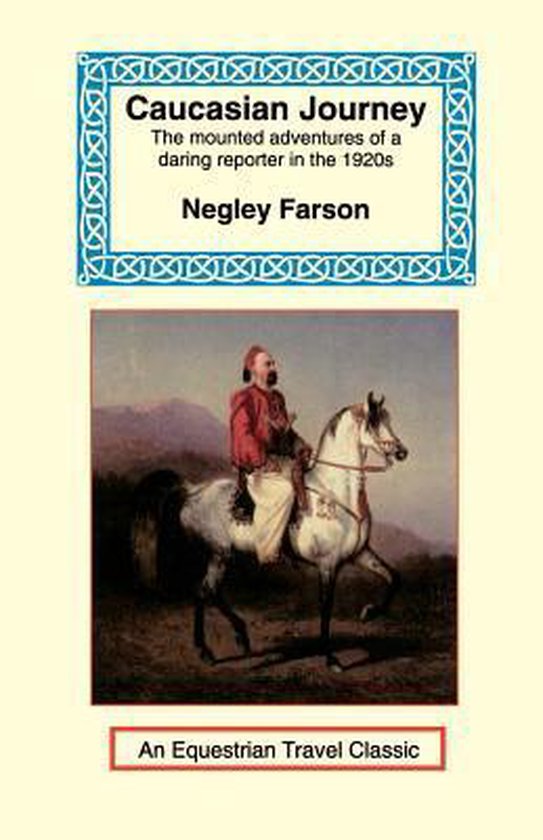 Negley Farson was the grandson of an American civil war general who rode with Sherman as they burned Georgia from Atlanta to the sea. Perhaps that is what gave the young man his life-long thirst for adventure? Farson flew with the Royal Flying Corps during the First World War, took part in the Russian revolution, was present at the arrest of Gandhi, and went on to become one of the most celebrated international journalists of his day. Yet one of Farson s adventures stands alone, his equestrian exploration of the Western Caucasus mountains. The intrepid reporter saddled up in the spring of 1929, accompanied by an aging, eccentric Englishman who lived in Moscow. With no prior equestrian travel experience between them, the two would-be explorers were soon discovering the harsh realities of life on the road. They were lashed by hailstorms, threatened by skeptical Soviet commissars, denied shelter by suspicious natives, and spent night after night in rain-soaked misery. A personal chronicle of an already exciting life, Caucasian Journey tells how Farson also discovered the seldom-seen splendors of this mountainous region with its alpine snowfields painted gold by the sun, picturesque villages forgotten by the outer world, and magnificent horsemen who were practically born in the saddle. A thrilling account and a poetic remembrance, Caucasian Journey is an amply illustrated adventure classic.
Toon meer Toon minder