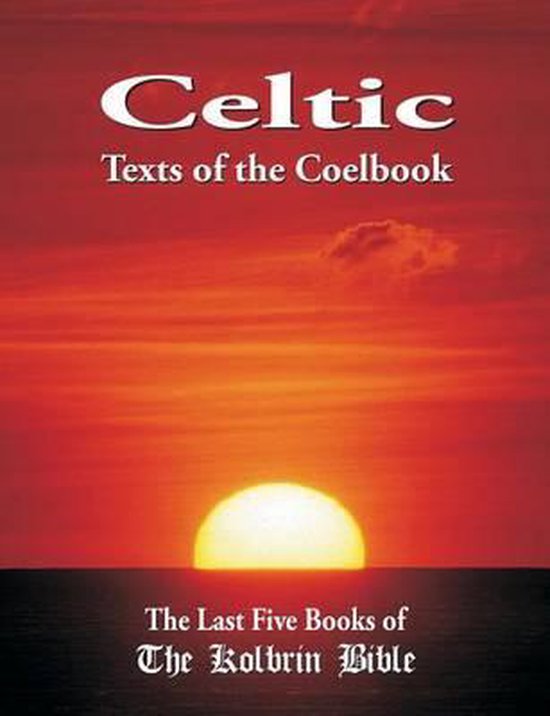 Authored by Celtic priests when the first Gospels of the New Testament were being created, the Celtic Texts of the Coelbook (the last five books of The Kolbrin Bible) documents the fusion of Celtic and Druid mysticism, Judaism and Egyptian anthropology. Some regard it as a key Celtic wisdom text because it includes a revealing biography of Jesus with several never-before published first-person quotes.This work is rooted in a 3600-year-old Egyptian text (the first six books of The Kolbrin Bible) written following the Exodus. It describes how Noah's Flood and the Ten Plagues of Exodus were caused by a planet (also known as Nibiru or Planet X) that orbits our sun every 3600 years. The Egyptians called it the "Destroyer" and the Celtic priests called it the "Frightener."Inspired by the Hebrew Exodus from EgyptThis story begins with Moses and the Hebrew Exodus. Convinced their gods had failed them, the Egyptians conducted the first regional anthropological study of the Middle East, in search of clues that would lead them to the one true G-d of Abraham. They published their findings in a 21-volume work titled The Great Book.During the last millennium BCE, Phoenician traders translated The Great Book from Egyptian Hieratic into their own 22-letter alphabet and entrusted a copy to the Celtic priests in Britain. Inspired by the Egyptian texts, the Celtic priests wrote their own wisdom text in ancient Celtic and called it the Coelbook. Work began on the earliest parts of The Coelbook in approximately 20 CE and finished in approximately 500 CE. Viewed as a religious work by many, the Celtic texts offer a timeless insight into Druid folklore, mysticism and philosophy. It is now published as The Celtic Texts of the Coelbook (the last five books of the The Kolbrin Bible) in honor of it’s Celtic authors.Related Title - The Egyptian Texts of the Bronzebook: The First Six books of The Kolbrin BibleFollowing Pharaoh's defeat at the hand of Moses, the Egyptians searched the Middle East for clues to the one true G-d of Abraham. What now survives of that noble effort comprises the first six books of The Kolbrin Bible.Related Title - The Kolbrin Bible: 21st Century Master EditionThe Kolbrin Bible dates back 3600 years and offers unique and enlightened insights from the past to both challenge and affirm our present day beliefs. This 11-book secular anthology is nearly as large as the King James Bible.
Toon meer Toon minder